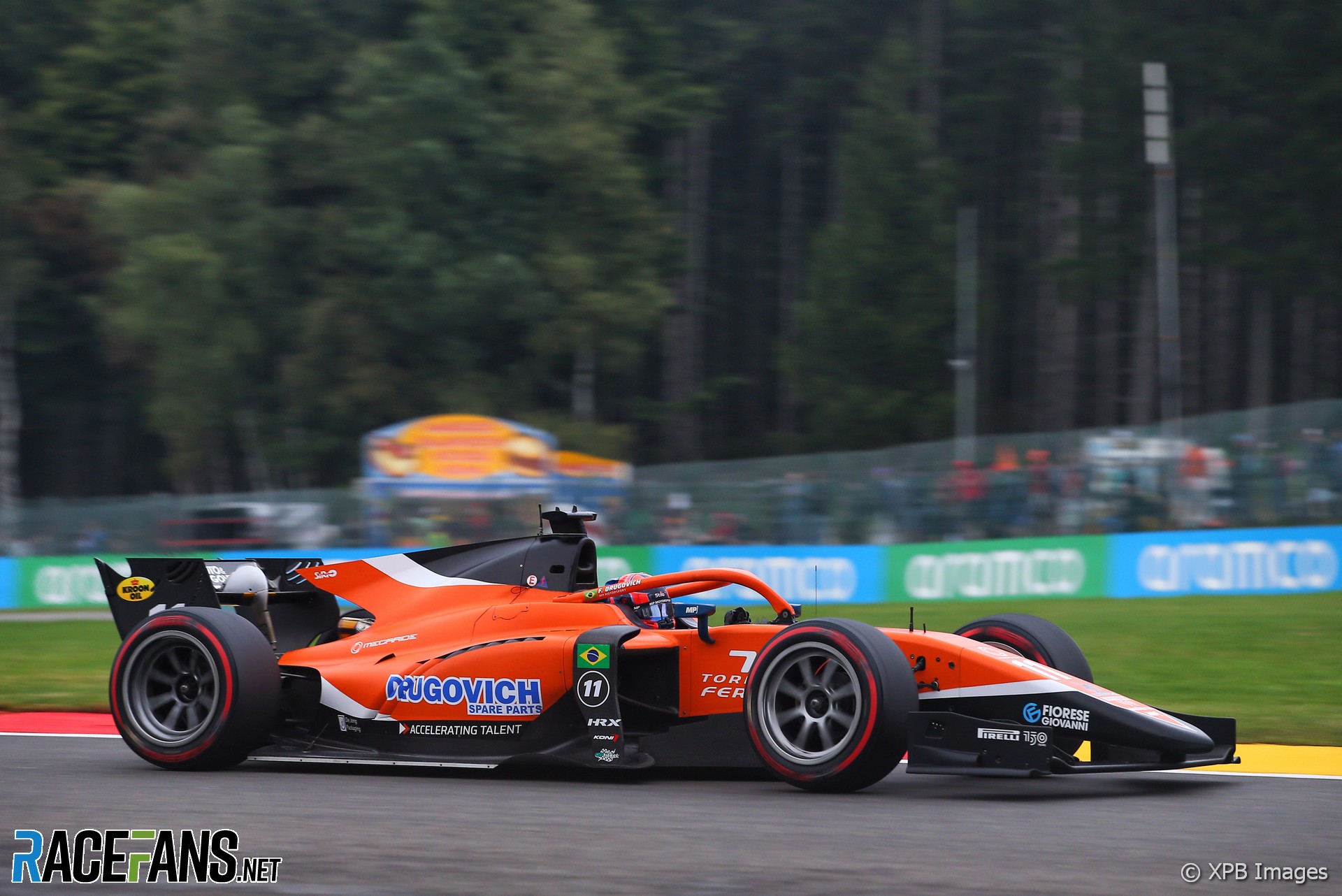 Pourchaire was forced to retire due to a technical problem with his ART-run car, while Drugovich finished second from pole position to extend his championship lead over the Sauber junior to 43 points.

However, MP Motorsport driver Drugovich revealed he also hit trouble with his car early on. “I don’t know if they showed [it] or something, but I had a pretty big issue on the formation lap,” he said.

“I had no power as well. For some reason, the engine needed a lap or something to clean up. I think still after the start, luckily I got a very good start, but still in the Kemmel straight I felt it wasn’t perfect.

“So from lap two on it was fine, but I was very scared and I was very worried.”

Despite increasing his lead due to his rival’s misfortune, Drugovich said: “I think it’s not nice to see so many cars breaking down and having issues but we drivers cannot do anything. Ee just have to cope with it.”

Drugovich was beaten to victory by Virtuosi Racing’s Alpine junior Jack Doohan, who also commented on the unreliability of F2’s cars.

“So it’s something you have to live with and keep your head up. Today, I didn’t want to mention it much, especially over the radio – for some reason in third gear I had low power and it wasn’t pulling. So I was either having to go to second [gear] or short shift to fourth.

“It was something that we thought I had to manage. I was a little bit worried, but I didn’t want to say anything over the radio to distress the engineers or anything because there’s not much you can really do except for crack on.

“So, I’m happy that it held on, but that’s just the era we are in. We are in mechanical cars and unfortunately these things can happen.”

Carlin’s Liam Lawson finished third behind the pair, and also revealed he had technical trouble.

“From my side, we had the same issue, I think a similar issue to Jack in qualifying,” said the Red Bull junior. “That’s why we were starting sixth and not further up.

“It’s frustrating to have them, and I think, like Jack said, you get to the end of the year and you look back and sort of calculate all the points that you missed and… definitely it changes your result a lot, but I guess it is what it is.”