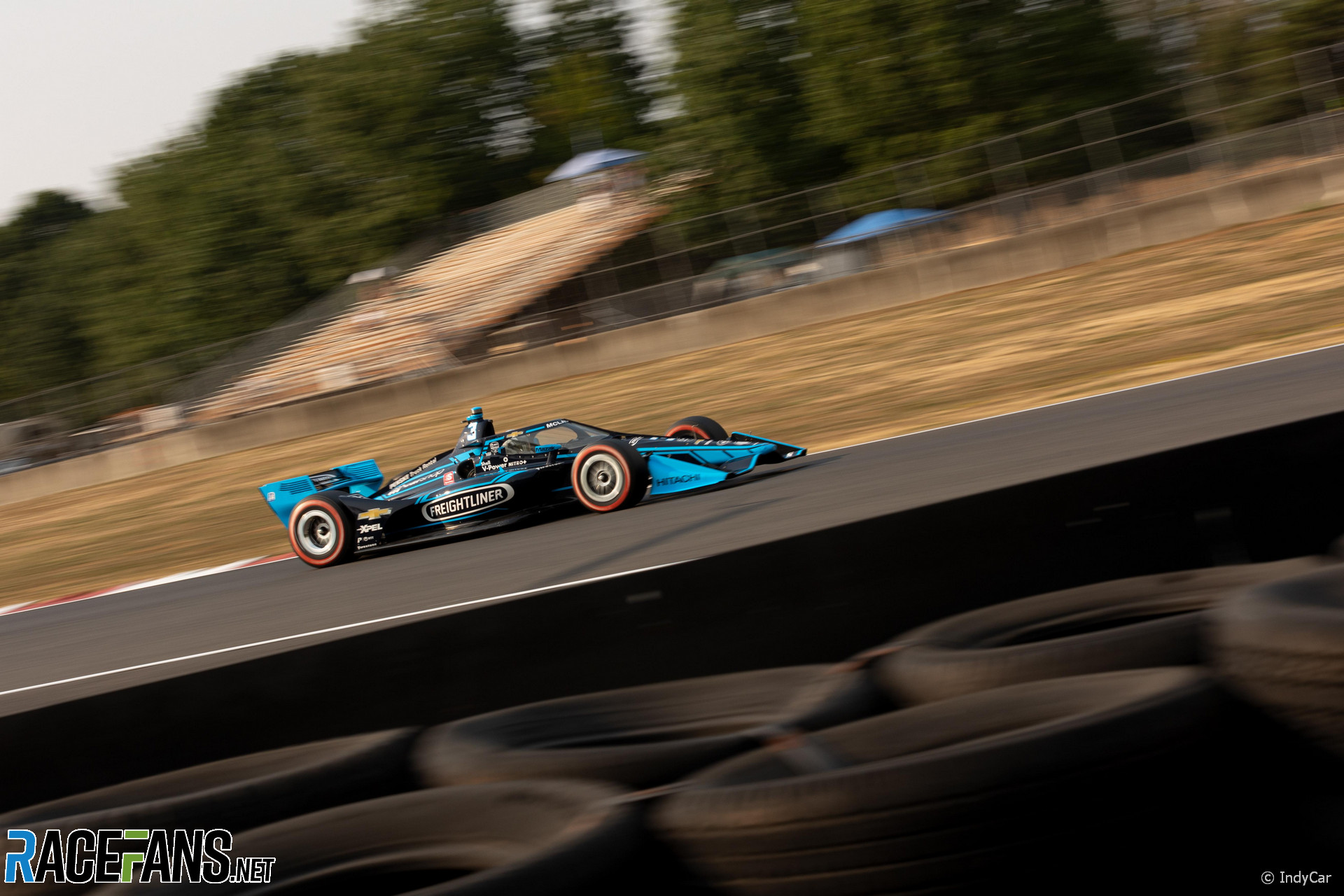 Scott McLaughlin did what he needed to do to keep his slim championship hopes alive for another day, winning pole position for the Grand Prix of Portland as Team Penske cars finished first, second, and third in qualifying.

McLaughlin grabbed the pole position ahead of his team mates Josef Newgarden and Will Power with a lap time of 58.235 seconds in the final minute of the Fast Six session.

With the application of the bonus point for pole position, McLaughlin now moves to within 53 points of his points-leading team mate Power, who will line up on the outside of the front row next to McLaughlin – who won his third pole of the season, and his second in the last three rounds.

Newgarden, who led his group in round one and was quickest overall in round two, finished the Fast Six session with the second-fastest time. But the two-time IndyCar Series champion will drop to eighth on the grid tomorrow, as a result of a six-place grid penalty for an unapproved engine change following the St. Louis 500 at Gateway Motorsports Park two weeks ago.

With Power moving up to the outside of the front row, Rookie of the Year points leader Christian Lundgaard will move up to third on the grid after a strong qualifying performance – which included a top time in his round one qualifying group. Defending Portland race winner and IndyCar champion Álex Palou starts fourth, followed by an all-McLaren SP third row anchored by Pato O’Ward on the inside, and Felix Rosenqvist on the outside.

Colton Herta, once again a major player in the F1 driver market despite being eliminated from championship contention, made a lucky escape from the first round of qualifying after a collision with the wall at the apex of turn one. Herta would advance to the second round, and will start seventh, sharing the fourth row with Newgarden – who enters the weekend just three points behind Power.

However, championship contender Scott Dixon will start from the middle of the pack alongside Chip Ganassi Racing team mate Marcus Ericsson.

The six-time IndyCar champion Dixon and the reigning Indianapolis 500 champion Ericsson had to go through a stacked group in first round qualifying and, after being bumped outside of the top six in the session, neither driver advanced into the second round.

Dixon will start 16th, and Ericsson 18th. If there is some solace for the two Ganassi team mates, it’s that Takuma Sato won from 20th on the grid in 2018 – the same year that Dixon escaped damage in a first-corner pileup, and finished fifth after dropping to the tail end of the lead lap.

The run from the green flag into the tight turn one/two chicane – described by Power as “the worst first corner in the whole series” after qualifying – could once again prove to be a factor in determining which driver could potentially embrace the Astor Challenge Cup as series champion next weekend in Laguna Seca. Or, at the very least, it could determine which drivers will lose the right to fight for it.