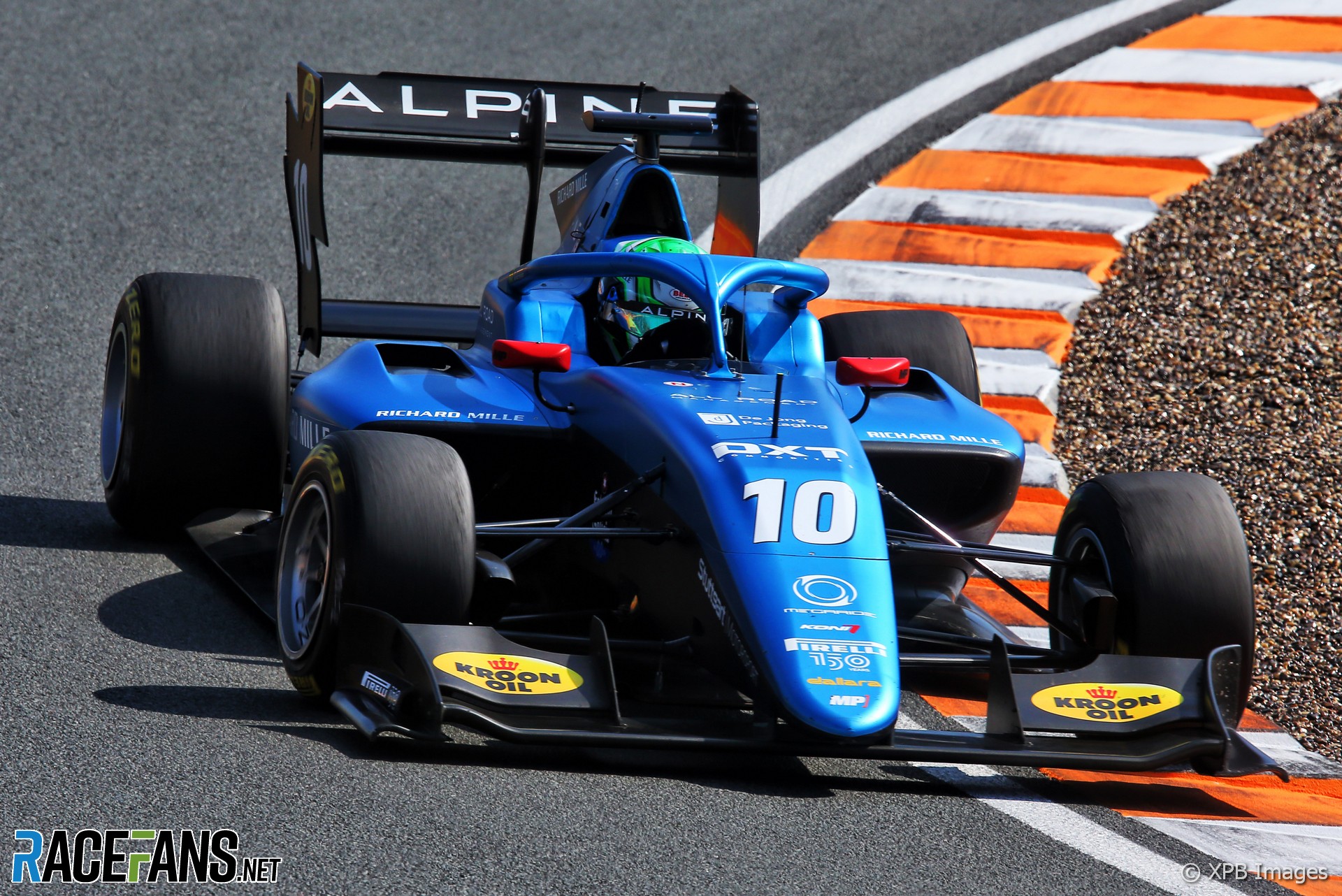 It only took one turn for Collet to claim second place with a brilliant double move around the outside of Zak O’Sullivan and Gregoire Saucy.

Collet then applied pressure to pole winner Juan Manuel Correa, making his first attempted overtaking move around the outside of turn one on lap four. After getting front wheels ahead briefly, Collet ran onto the outside kerb and lost traction.

Although Correa had thwarted that first attempt, he couldn’t sustain his advantage for long. Collet made a similar move on the next lap, sweeping around the outside of turn one again then completing the move at turn three, the MP Motorsport driver lunging up the inside.

After taking the lead, Collet was left relatively unchallenged as he maintained a comfortable two-second gap to Correa. He went on to take his second sprint race victory in the past five races, having also won in Budapest, and moves up to eighth in the F3 standings on the penultimate weekend.

Correa therefore stood on the podium for the first time since his terrible Formula 2 crash at Spa three years ago, which left him with serious leg injuries and claimed the life of Anthoine Hubert.

Collet and Correa were joined on the podium by Williams junior O’Sullivan ahead of Jonny Edgar. Saucy eventually finished fifth despite starting in second.

Next was Isack Hadjar, who extended his lead at the top of the championship to three points. Rival Victor Martins took second off Oliver Bearman in the standings after finishing seventh.

It was a costly race for Bearman’s championship hopes. He came home outside of the top 10 after losing a place to fellow title contender Stanek on lap 16. With the two tight in battle for tenth, Bearman ran slightly wide at the exit of turn three, which allowed Stanek to go through and take the final points-paying position.

Stanek made an impressive recovery after a close moment at the start with Franco Colapinto, who nudged the back of his car, causing the Trident driver to lose a couple of positions. By recovering to finish inside the points, Stanek remains fifth in the championship standings, 14 points off the top.

Bearman now trails leader Hadjar by six points with Arthur Leclerc in fourth after a point-less run to 12th, a late red flag in qualifying having left him 20th on the grid. The top five remain tight in battle for the F3 crown with just three races remaining.

In 2019, Ed started working on Formula 1 writing articles during race weekends. Alongside that, he also built up experience in football working on...
Read more about Ed Hardy, find all their articles and get in touch with them