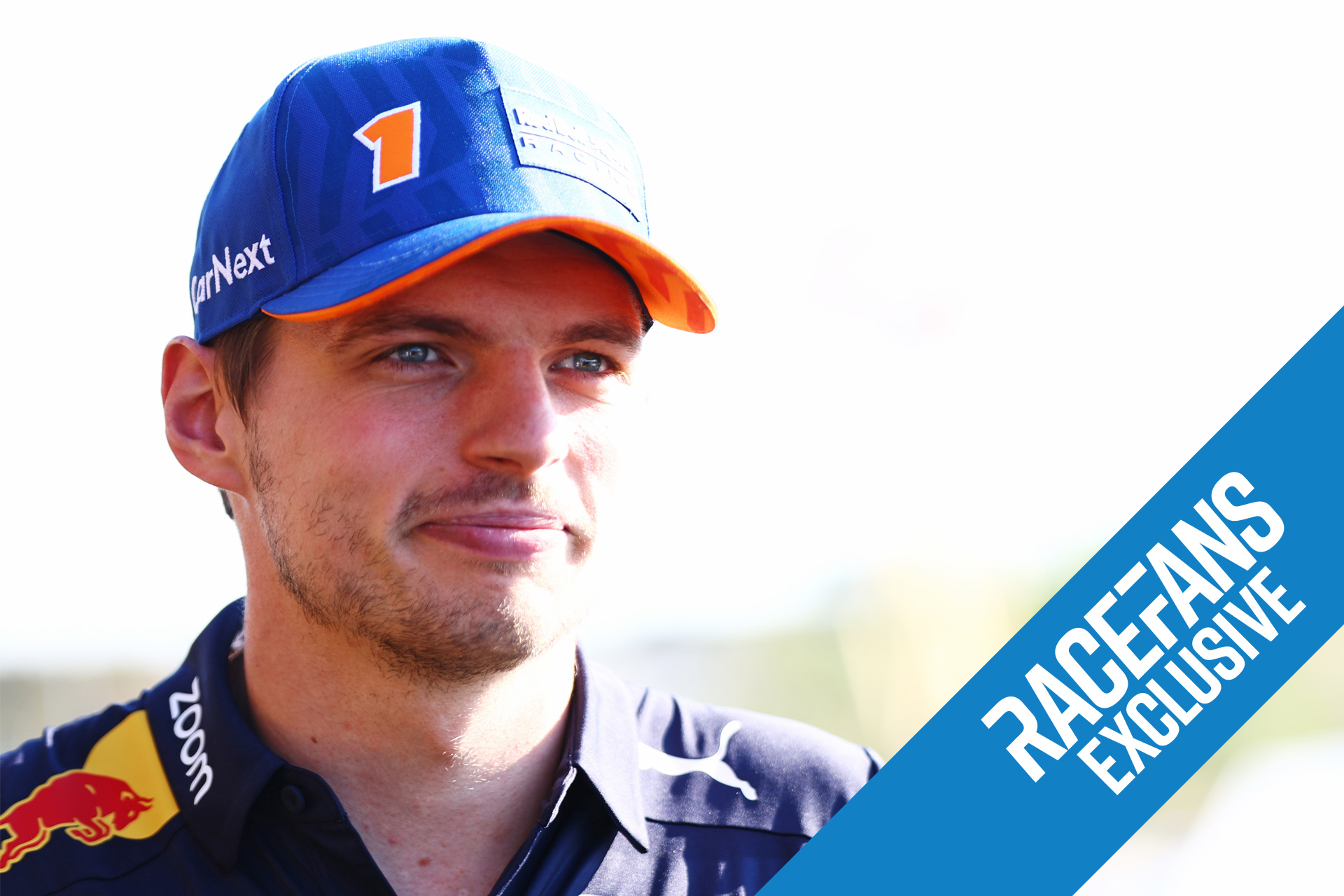 The Dutch Grand Prix was a fixture on the Formula 1 calendar for years until it disappeared after 1985.

It’s no exaggeration to say the modern race exists because of one man: Max Verstappen. His rocketing popularity since arriving in F1 seven years ago created the circumstances the Zandvoort race organisers needed to end the country’s three-and-a-half decade wait for the grand prix to return.

Last year’s race was a three-day Verstappen festival. He denied championship rival Lewis Hamilton pole position by just three-hundredths of a second – despite his DRS failing to open as he sprinted to the line – and won a nail-biter of a race as Mercedes tried in vain to outmanoeuvre Red Bull.

While that was going on, the party seemed to never stop in the grandstands, which blasted out dance music at ear-bleeding volume and periodically vanished from view, obscured beneath dense clouds of orange smoke.

As lively as the atmosphere was, the stands weren’t even full. Lingering Covid-19 restrictions meant the track was at just two-thirds capacity last year.

This time a capacity crowd of 105,000 is expected today and tomorrow for the decisive days of action at the seaside circuit. The tight confines of the track compresses the crowd into a smaller space than most F1 venues, and in the stands which run the length of the start-finish straight and around the famed first corner, Tarzan, the atmosphere is more like a football match than a grand prix.

“This year there are even more fans allowed so I expect even more orange and that’s going to be a really special weekend again,” said Verstappen, speaking to RaceFans in an exclusive interview ahead of the race.

“Of course, last year after winning it, that was already insane. It will be hard to replicate something like that. But I’m looking forward to it, I hope we can really enjoy the weekend.”

Other teams and drivers also inspire strong loyalties: Lewis Hamilton has his social media army and Ferrari’s Tifosi are found all around the world. But the speed with which Verstappen has attracted such enthusiastic supporters, who were a fixture at races beyond Europe long before he clinched the championship last year, has been remarkable.

“I think it’s just the passion in the country,” says Verstappen, who besides being the first world champion from the Netherlands is also their first pole-winner and grand prix victor.

“We are a small country but we love racing and we love to support individuals. I think you can see it in a lot of sports. Of course, F1 nowadays here in Holland is very popular. And they like a good time as well.”

When it comes to raising the roof at races, no one parties harder than his followers, Verstappen reckons. “I think not only like supporting a person, but when you see them on the grandstand, the atmosphere, it’s really good,” he says.

“They have a great time. At some other races you have full grandstands, but the atmosphere is a bit… I wouldn’t say ‘dull’, but a bit more static. That’s what I like about Dutch people, they know how to create a party, that’s for sure.”

For many years, F1 returning to Zandvoort seemed a distant dream. Verstappen’s father Jos, whose F1 career covered a 10-year span from 1994 to 2003, never got to contest a home grand prix – at least, not until the short-lived A1 Grand Prix series appeared.

Now the junior Verstappen is going after a second win at home – and he’s doing it sporting his father’s helmet design. Or at least, something as close to it as Red Bull’s strict branding guidelines will permit.

“He didn’t know anything about it until two months after it was completed,” Verstappen reveals. “When I showed him, I said, I’m going to make a helmet for something like we always do.

“He was like ‘oh great, what does it look like?’ And then I showed him the picture. I think he really appreciated what I was doing.”

Verstappen wore the same design when he got started in karts at an exceptionally young age, even by the standard of F1 drivers. “When I see the old footage of when I started when I was four years old, running around as a little kid with that helmet design, it was something I was really proud of because a helmet design can be very personal.

“Of course I had to give up a lot of my helmet design when I joined Red Bull – anyway, for good reasons – but sometimes it’s nice to be able to come back to it. And I thought this was the right weekend to do so.”

Verstappen isn’t alone in having a racing father – he can swap ‘ultimate karting dad’ stories with the likes of Mick Schumacher – whose dad once partnered Max’s own at Benetton – Kevin Magnussen and Carlos Sainz Jnr. But he is unusual in having also had a successful racing mother: Sophie-Marie Kumpen, a karting champion in the nineties.

He grew up in a racing family, but makes it clear his own move into motorsport wasn’t something his parents pushed for. “Maybe secretly they wanted it,” he allows. “They never told me that I had to do it.” His sister Victoria did some karting but did not follow her brother into cars.

“The nice thing was that when I would come home from a test day, I had my dad to talk to, but I could also talk to my mum about what we did,” Verstappen continues. “I didn’t have to talk in a very basic language, I could just speak how you speak in the racing language.

“That’s nice because that doesn’t happen very often that you talk to your mum about what you were doing on the track in terms of things you change on the go-kart. So that was nice.”

“Then of course my parents split up, but still when I would go to my mum, we could talk about anything, which we also did, but talking about the racing stuff, you’re not talking to someone who doesn’t understand it.”

But Red Bull chief technical officer Adrian Newey can rest assured that Verstappen isn’t debriefing his family on the RB18’s secrets. “Of course, I don’t go now into detail about what I do on my car,” he points out.

Being a racing driver herself hasn’t made Verstappen’s mother immune from normal parental anxieties about their offspring. “I think she’s still sometimes probably a bit scared, as mums are I guess, with the start or because it goes fast,” he says. “But she’s always been a big supporter and I think that’s the most important as well.”

For any parent, seeing their son smack the Copse barrier at Silverstone with a 51G force might put them off showing up, but that isn’t the reason why his mother has only recently returned to the tracks. “During Covid she didn’t really get to any races, I think, for like one or two years,” says Verstappen.

“Now that everything is a bit more open she can come a bit more,” he says. “So wherever it’s possible she comes around.”

It means the Verstappen family is increasingly able to unite around his racing again, as they did during his younger years. “The whole family had to move around for it, live for the dream,” he explains.

“Then, of course, my dad didn’t spend the full amount of time with my sister back in the day because he was travelling with me all the time. So it’s important to have everyone involved.”

The experience he gained during his karting years, and the input from his racing parents, undoubtedly left him well-equipped to make the transition into racing cars. His apprenticeship was astonishingly brief: After graduating from karting he raced in a winter single-seater series in Florida, jumped straight into F3 and was snapped up by Red Bull before the season was over.

Red Bull’s decision to promote Verstappen to F1 at the age of 17 prompted criticism, and soon after his debut the FIA introduced an age limit of 18, ensuring he will forever hold the record of being the youngest ever grand prix driver. But after 16 pole positions, 20 fastest laps, 29 wins, one world championship and surely more to follow, they have clearly been vindicated.

However, as Verstappen observes, it meant he spent some of his time “growing up in Formula 1.”

“Having the bad times, the good times, you learn from all of it and I think that helps a lot,” he explains. “I think the speed has always been there.

“It’s the same in go-karting: When I compare myself from when I was 12 to 15 and you go through the categories, you grow a lot as a driver. Then of course, you make an even bigger jump, probably from 17, 18 to where I am now.”

With more than 150 races to his name at the age of 24, and a contract keeping him at Red Bull until after he turns 31, Verstappen has plenty of time to capitalise on that experience, in a team which increasingly feels built around him. His next objective is to thrill his adoring public with another victory in the race which returned to the calendar because of him.