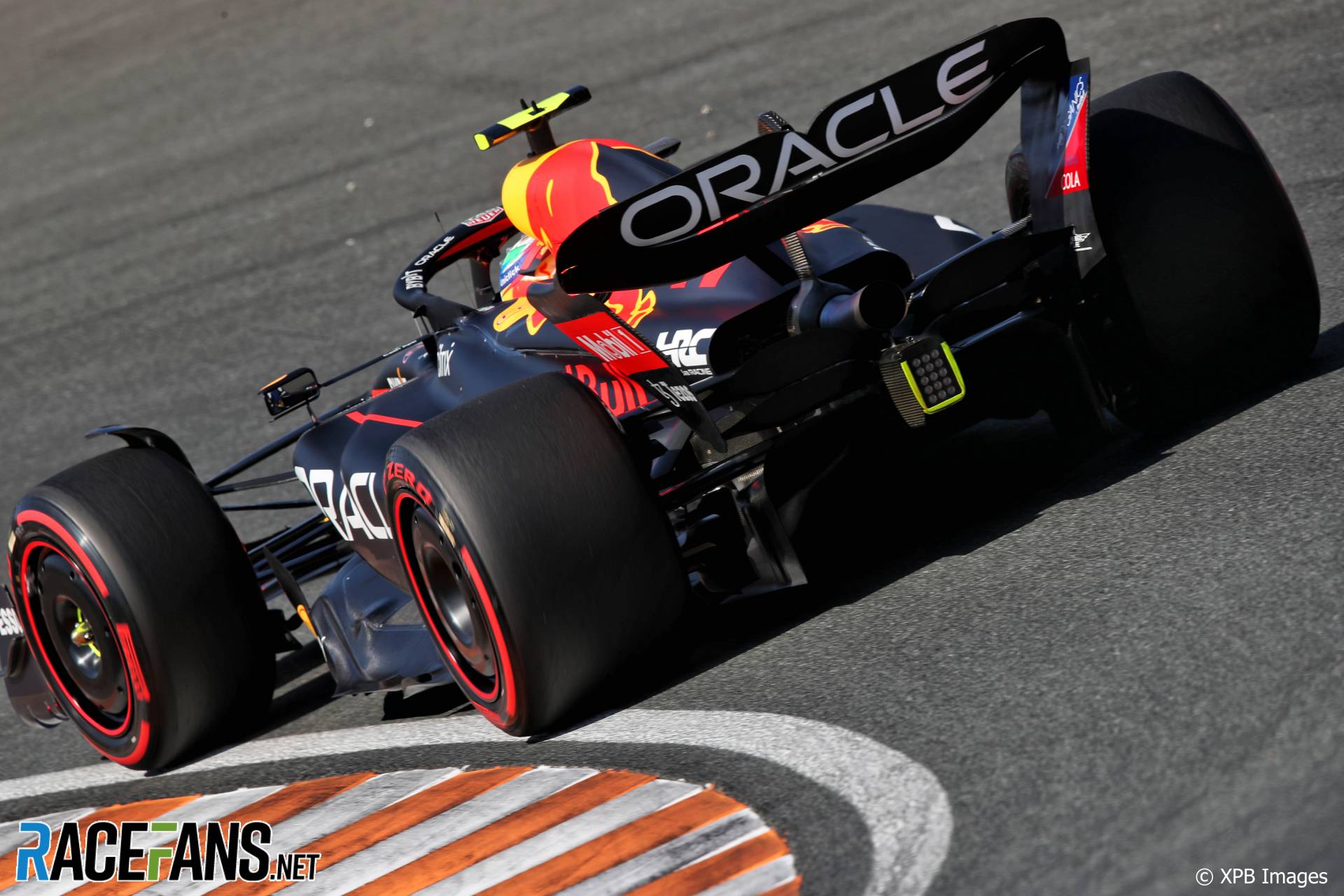 Sergio Perez suspects he could have split the two Ferrari drivers on the grid if he hadn’t spun at the end of qualifying.

The Red Bull driver spun at turn 13 on his final flying lap in Q3. He had only done a time on used soft tyres up until that point, and the 1’11.077 he set earned him fifth place on the grid.

“It was a shame, I was on a good lap,” said Perez in response to a question from RaceFans. “As I was picking up the throttle I went quite aggressive and then just kissed the gravel and just lost the rear end, unfortunately.”

He will start in fifth place between the two Mercedes drivers, both of whom had to back off when they reached the yellow flags triggered by Perez’s spin.

Perez believes he was on course to improve his time significantly before his spin at the end of the lap. “I was [up] a good three-tenths on my previous time,” he said, “so I think it was looking I could have got another tenth or tenth-and-a-half and that would have put me in P4, P3 maybe.

“But it is what it is and tomorrow hopefully I’m able to have a strong start and just go with the lead early on and be in the fight for the race.”

Following their dominant performance at Spa-Francorchamps last week, Red Bull were far off the pace during opening practice at Zandvoort on Friday. But they improved their car’s performance overnight, allowing Max Verstappen to claim pole position by two-hundredths of a second.

“It hasn’t come that easy,” said Perez. “We’ve been chasing it quite a bit throughout the weekend. It’s been certainly a harder weekend for us than it was in Belgium. We will try our best come tomorrow to make sure we are able to maximise everything.”

“I think the track layout, the characteristics and the track temperatures, they don’t play in our favour as much as they did in Belgium,” he added.