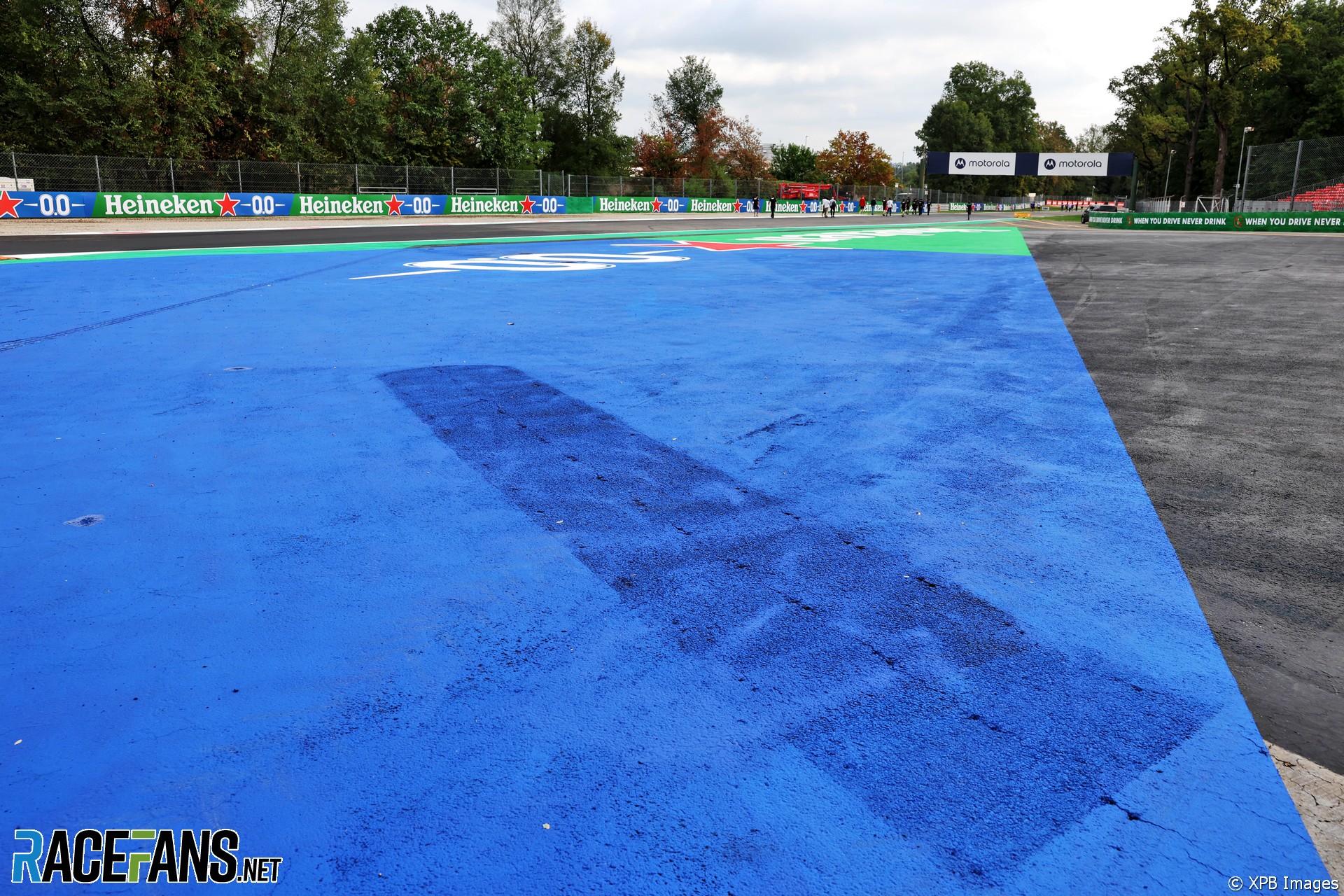 Max Verstappen and Lando Norris say they are pleased to see sausage kerbs removed from the Monza circuit ahead of the Italian Grand Prix weekend.

The FIA have removed the aggressive kerbs from some run-off areas around the high-speed circuit. The move follows a series of troubling accidents involving the kerbing at various tracks, including Monza, over the years.

Formula 3 driver Alexander Peroni was injured at Monza after being launched into the air at Parabolica when he hit a sausage kerb in 2019. W Series racer Abbie Eaton suffered two fractured vertebrae after hitting a sausage kerb at the Circuit of the Americas in 2021.

Earlier this year Formula 2 driver Dennis Hauger was launched over a sausage kerb in Silverstone, crashing directly into the halo of Roy Nissany’s car. In July, World Endurance Championship driver Henrique Chaves suffered a frightening accident at Monza’s Roggia chicane, hitting a sausage kerb which ripped the driver-side door off his Aston Martin and sent his car rolling.

The series of accidents have prompted many calls from F1 drivers for the kerbing to be removed from grand prix circuits. In response, the FIA have removed the kerbs for this weekend. World champion Max Verstappen believes there is no need to have sausage kerbs on modern circuits as a deterrent for running wide or off circuit.

“I saw the crash in WEC, that the car rolled because of it,” Verstappen said . “It’s just with these new cars, a different kind of understanding again of what you need in terms of safety.”

Verstappen says that a dialogue between Formula 1 drivers and the FIA is important when it comes to matters of driver safety in the sport.

“It’s a continuous process and I think as drivers as well, we talk to the FIA, what we think is best,” he said. “That’s how you try to make changes.

“You know that if you cut the corner, you have to give up the time anyway. So in a way you don’t need these kind of penalties any more and you just have to slow down.”

Asked by RaceFans whether the FIA’s decision to remove the kerbs gives drivers confidence that the governing body will listen to their concerns about safety, Lando Norris said: “I would say yes”.

“I don’t think we’ve ever not had confidence that they’re going to do anything, especially when it’s about certain safety measures,” Norris explained.

“Not just safety for us in Formula 1, but safety from Formula 4. And especially when there’s been proven things – when there’s F4 drivers breaking their vertebrae in their backs because of hitting sausage kerbs – that should just never happen. So when you bring these points forward and they see that, then they’ve made the changes which are necessary.

“I think we’ve always had the confidence that when there needs to be a change, there has been a change. It’s just drivers being drivers that when we want little things here and there, we can be fussy as well. I think they normally do a good job and we continue working with them to make everything better as we can.”