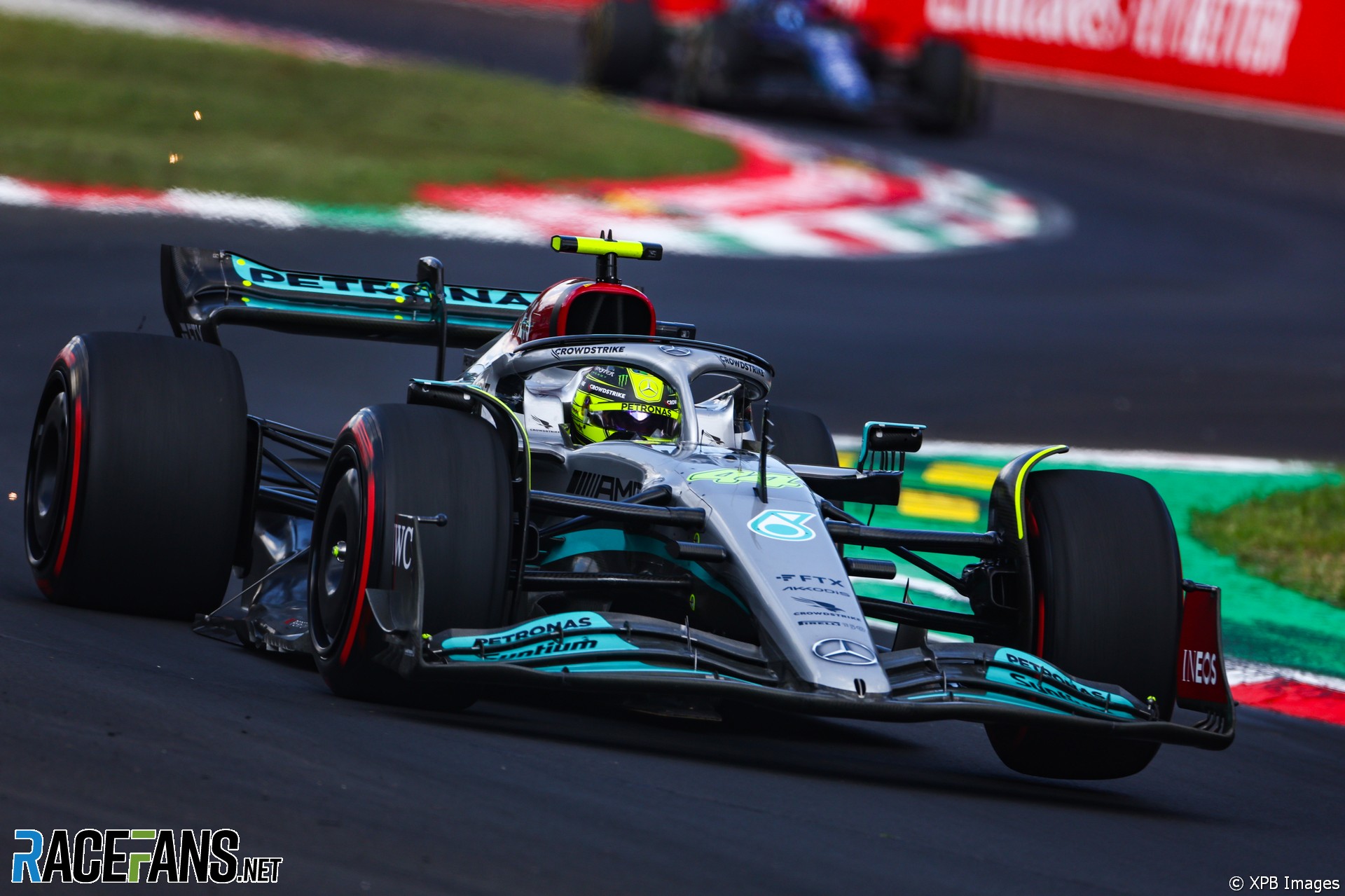 The Mercedes drivers were surprised by the step backwards the team appeared to take between today’s two practice sessions at Monza.

The pair ended the first practice session third and fourth, with only the Ferrari drivers ahead of them. But having been within half a second of the pace-setters in the opening session, the pair were seven-tenths off later in the day.

Lewis Hamilton, who ended second practice in eighth place, 0.839s slower than Carlos Sainz Jnr, said the loss in performance was unexpected given the minor changes the team made.

“We made some set-up changes, nothing major, but we went a lot slower somehow,” he said in an interview supplied by his team. “Or they went a lot quicker. [We were] giving it everything out there, it just doesn’t feel particularly quick.”

Hamilton acknowledged the team had “low deployment” of the electrical energy from their power unit. George Russell, who reported erratic deployment during the second session, believes Ferrari may have an advantage in this area.

“It was a blip during the session, which made things worse,” he said. “But generally speaking we’re lacking a bit of deployment.

“I think we’re similar to Red Bull but Ferrari seemed to have the upper hand in terms of deployment. So that may make things trickier in a race scenario as they’ve got a bit more in the locker to play with. It’s going to be something we’re going to have to deal with.

Russell admitted it had been “a bit of a strange day” after slipping to fifth place in second practice. “FP1 was looking pretty strong but then Ferrari and Red Bull seemingly have taken a step forward compared to us or maybe we’ve taken a step back as we were obviously behind the McLaren in FP2. So a bit of work to do tonight to understand that.”