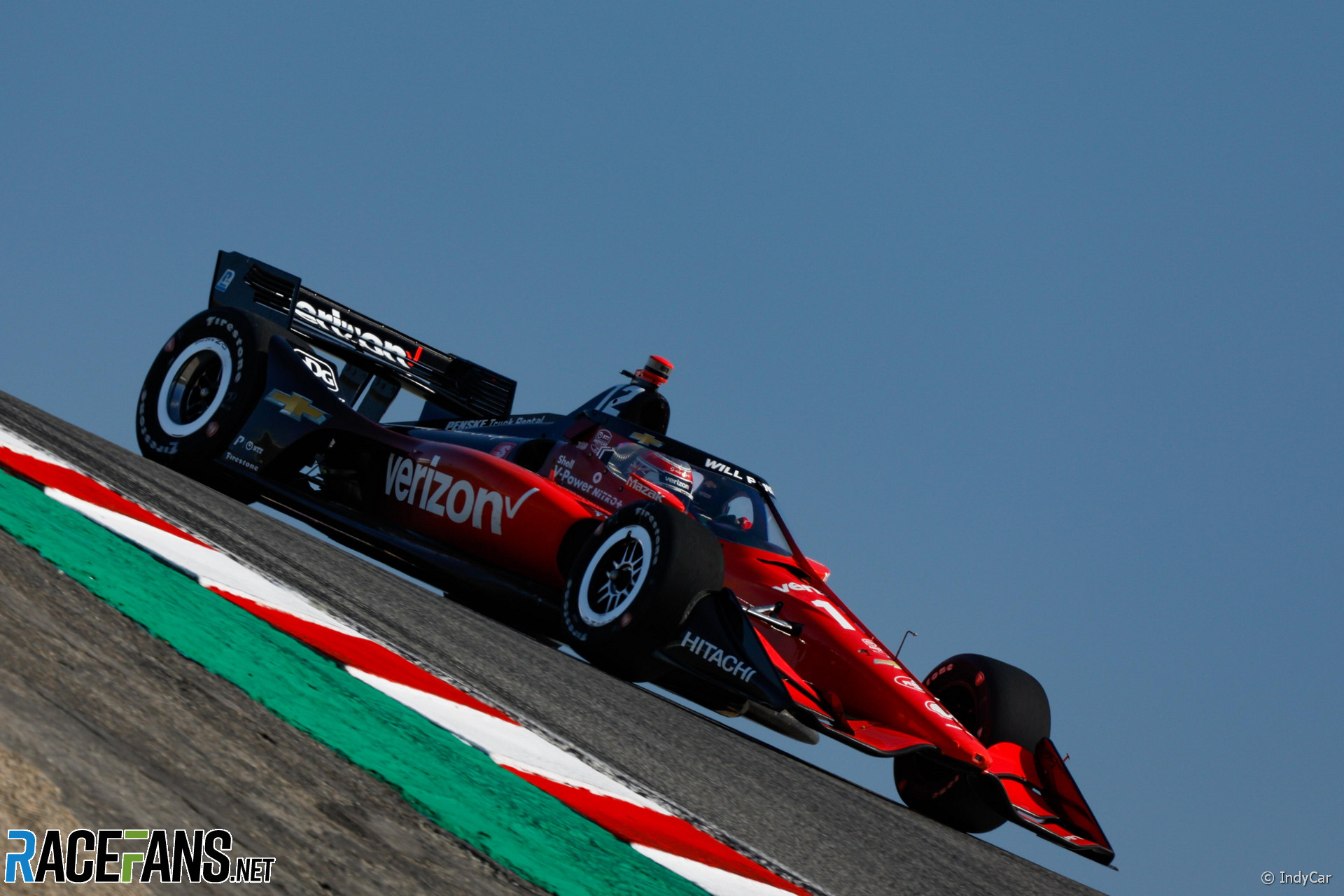 Will Power surpassed IndyCar legend Mario Andretti’s record for the most pole positions in the series’ history and moved one step closer towards clinching this year’s championship.

At the end of a competitive qualifying session for the Grand Prix of Monterey at Laguna Seca Raceway, Power collected his record-breaking 68th career pole position. He also gained a crucial bonus point in the race for the Astor Challenge Cup trophy while his main title rivals fell at the first hurdle.

Power’s pole-winning lap of 1’11.613, set in the dying seconds of the Fast Six session, was enough to displace Callum Ilott from provisional pole position by two-hundredths of a second.

At the conclusion of the session, Power received congratulations from Andretti, who had held the American open-wheel pole record since 1986. Every member of Power’s crew lined up to hail his triumph, including Roger Penske, the chairman of the IndyCar Series and the man who recruited Power to his squad under extraordinary circumstances in 2009.

“It didn’t even occur to me, until they told me,” Power said of his achievement when he climbed out of his car. “I can’t celebrate much, because I’ve got to be so focused on tomorrow.”

Power, who won his first IndyCar title in 2014, is now 21 points ahead of his closest rivals Josef Newgarden and Scott Dixon, who each failed to advance out of the first round of qualifying.

Newgarden suffered a critical blow in his championship pursuits when he spun in the descent of the infamous Corkscrew, then high-sided his car on the steep transition from the run-off to the track. That uncharacteristic error brought out a red flag and dropped the two-time IndyCar Series champion to 25th on the grid for tomorrow’s race.

After the red flag, all the remaining drivers, including Dixon, plus championship long shots Scott McLaughlin, and Marcus Ericsson were given enough time to set a single flying lap. When the dust settled, six-time champion Dixon was bumped below the cut line in his group by a last-gasp effort from Simon Pagenaud. Dixon will start 13th tomorrow in pursuit of a record-equalling seventh IndyCar Series title.

Only once in 24 previous races at Laguna Seca has the winner come from outside the first three rows – when Max Papis won from 25th in 2001. But the race has been won from pole position 16 times, an ominous figure for the two closest rivals to Power.

With his second-place qualifying effort, Ilott secured the best starting position of his young IndyCar career days after his Juncos Hollinger Racing team announced they will expand to two cars next season.

An all-Andretti Autosport second row will be led by Alexander Rossi, making his final start with the team before he joins McLaren SP, ahead of Romain Grosjean. Outgoing IndyCar champion Álex Palou, likely making his last start for Chip Ganassi Racing, was the team’s best qualifier in fifth, ahead of Pato O’Ward in sixth.

David Malukas took a big step towards winning Rookie of the Year tomorrow by qualifying seventh, while current Rookie of the Year points leader Christian Lundgaard could do no better than 16th on the grid. Lundgaard has a slim five-point lead over Malukas with one race remaining.

McLaughlin, Felix Rosenqvist, and Ericsson rounded out the top ten, followed by the Meyer Shank Racing duo of Pagenaud and Castroneves in 11th and 12th.

Another big surprise was Colton Herta qualifying 18th. The winner of the last two IndyCar races at Laguna Seca went off into the gravel at the Andretti Hairpin (turn one) on his first timed run, compromising his second run in the process.