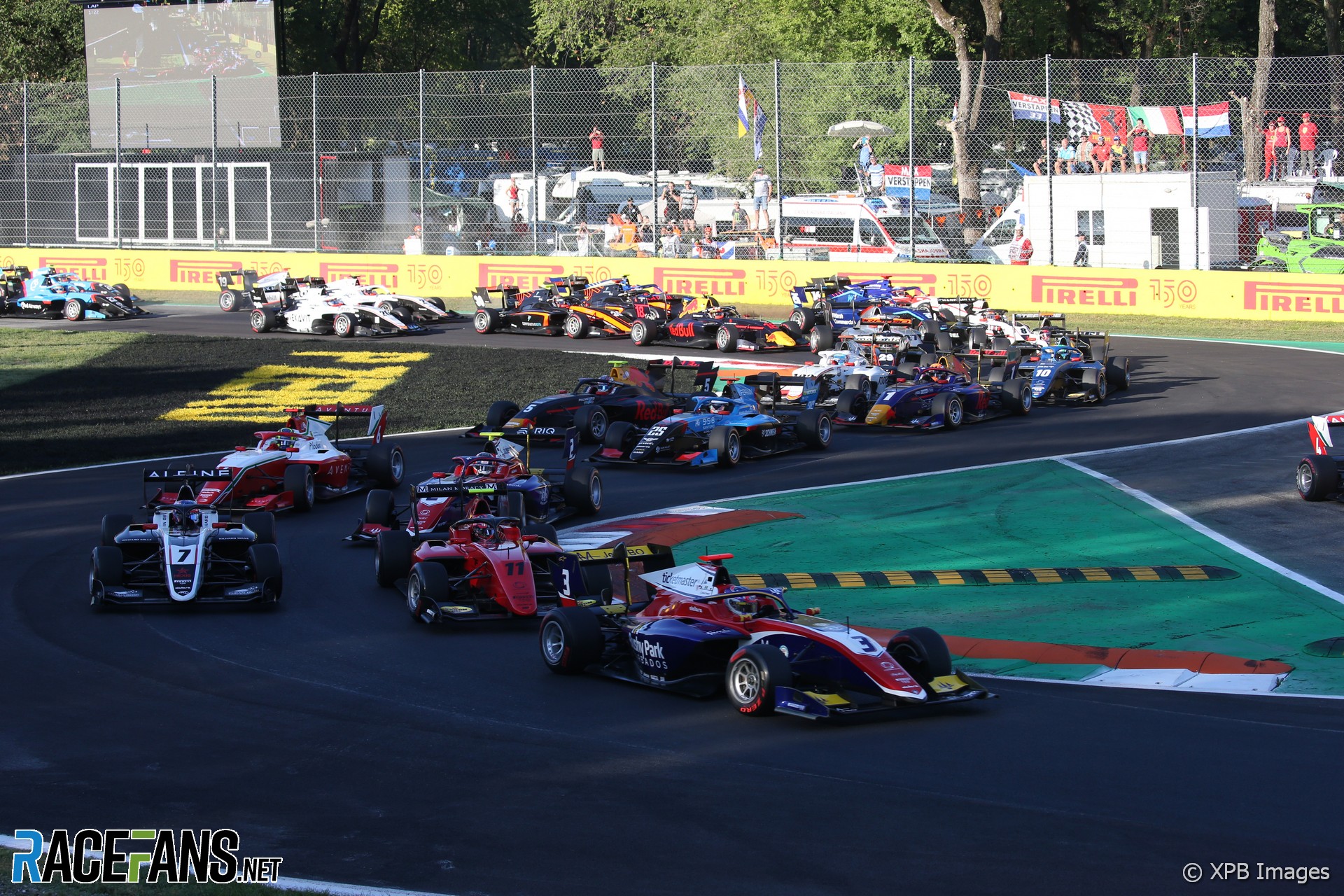 Six drivers went into the finale with a chance of winning the championship. The day’s opening race on the morning of the Italian Grand Prix was scheduled for 22 laps, but the result was taken from the 15th tour after it was red-flagged and not restarted.

Michel said he backed the decision to red-flag the race due to the collision between Kush Maini and Brad Benavides, rather than complete the final laps behind the Safety Car. But to his disappointment the race never resumed.

“It’s never good to end a championship like that,” said Michel. “We were really having fantastic racing with all the contenders being at the front of the race. So it was a very interesting moment.

“Then we had this accident and I was quite happy that the FIA suspended the race because for me that was the best way to finish it properly. And then unfortunately it didn’t come back.”

Time pressures due to the other races scheduled that day prevented the completion of the title-deciding F3 round, said Michel. The F3 race at 8:35am was followed by F2 at 10:05am and Porsche Supercup at 11:50am before the grand prix at 3:00pm.

Michael said he would have preferred to shorten the F2 race instead, as that championship had already been won the previous day.

“What is for sure is that if we had been able to discuss it, for me it was not an issue to shorten the F2 race because we already had a champion from the day before,” he said. “To have the F3 race going to its end was for me the most important thing to do. Unfortunately we were not at that time able to say exactly how we wanted to organise that.”

Having to shorten races is an unfortunate consequence of sharing a billing with F1, said Michel. “You always know that when you are with an F1 weekend, and especially a weekend like Monza where you have a lot of track activities – because we started at 8:35, we didn’t start at 10, so it was quite a long process – we always know that’s the risk that we might have.

“We had a Safety Car, we had a race that was a longer than expected. Then there was F2 after that, then there was all the track activities until the F1. So unfortunately we know that’s the risk of racing with Formula 1 and there’s not much we can do.

“Maybe we can try to start a little bit earlier, but then you have all the issues about organisation, marshals. So it’s not an easy one and we know that’s the issue when you race with Formula 1.”

The conclusion of the F3 championship was further complicated as several drivers received time penalties during the race. That meant a 26-minute delay between the stoppage and the confirmation of Victor Martins as champion.

“Unfortunately it was a little bit complicated with the penalties coming in at the last minute and nobody really understanding what it was,” Michel admitted. “So I must say it created some kind of frustration with the teams and with the drivers, which is never good enough.

“Now, to their credit, it’s not easy. Race director is a difficult job as well. And having to make this kind of decision in a very, very short time is never an easy thing.

“But I would have preferred another end to the championship. Unfortunately that’s the way it happened. It took a little bit of time for everybody to know who was champion, which was not so good. But let’s say that unfortunately, it is what it is.”