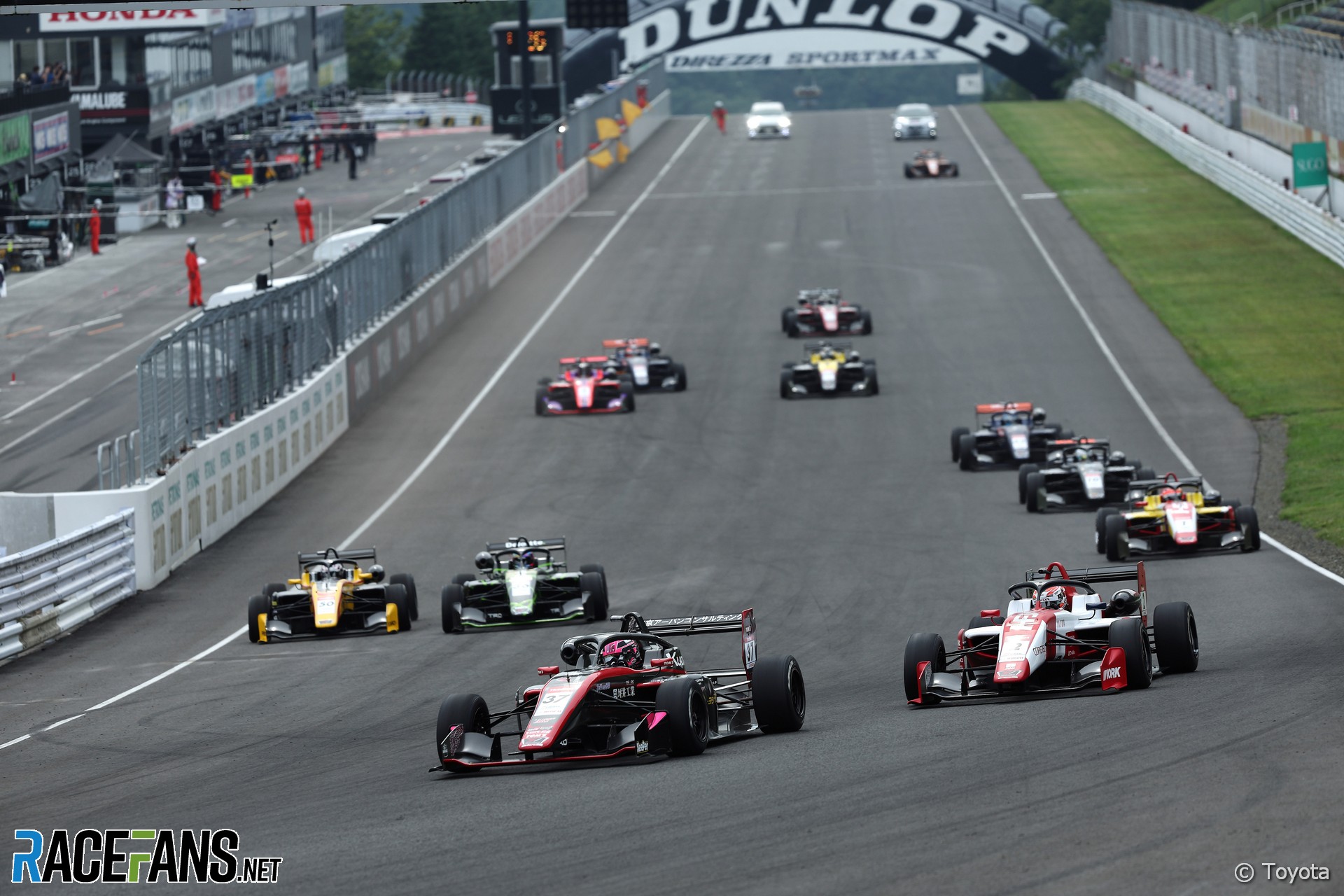 There may be six more grands prix over the next two months, but it’s almost a foregone conclusion that Max Verstappen will win the 2022 Formula 1 world championship.

Verstappen can clinch his second title in Singapore next week. When he does, he will join the growing number of top single-seater championship who’ve already been crowned this year.

Stoffel Vandoorne won the Formula E title in August. IndyCar already has a champion too, Will Power claiming his second title earlier this month, while Linus Lundqvist took the Lights crown.

On the F1 support bill there’s not much to fight for either, as the Formula 3 season concluded at Monza with Alpine junior Victor Martins being crowned, and new Aston Martin junior Felipe Drugovich also wrapped up his Formula 2 title early that weekend.

W Series returns to action next month at the Singapore Grand Prix. But it has a Verstappen-like scenario of its own, where it looks unlikely anyone will stop Jamie Chadwick from winning the title for the third season in a row.

Even in Super Formula, Japan’s top-level open-wheel series, there is an unusual level of domination that means Tomoki Nojiri could become a two-times champion with a race to spare.

So where in the world can you find a proper title fight right now if you’re a single-seater fan?

The good news is while Super Formula may have become somewhat predictable, its F3-level feeder series SF Lights has shed its reputation of single-driver domination. The title fight between Toyota-backed Kazuto Kotaka and Honda junior Kakunoshin Ohta to be settled at Okayama this weekend.

Kotaka has seven race wins to Ohta’s two, but the less experienced Ohta has won more poles. He’s 13 points behind, with 35 to play for in the season finale.

Japanese Formula 4 also has a hotly-contested fight at the front between Honda juniors Yusuke Mitsui and Syun Koide, and Toyota junior Rin Arakawa who just about remains in contention with two rounds to go. They could continue their rivalry in SF Lights next year, or Honda could decide to send its top two drivers over to Europe as it did with Red Bull juniors Yuki Tsunoda and Ayumu Iwasa.

With a prize F3 test up for grabs, the battle for the GB3 title between 2020 British F4 champion Luke Browning and 2020 Formula Nordic champion Joel Granfors is definitely one to watch. They’re split by 16.5 points with just one round at Donington Park next month to go.

On their support bill is GB4, Britain’s second F4 series. This boasts a five-way fight heading to Donington, but current points leader Nikolas Taylor and Max Marzorati are the most realistic title contenders. Regardless of who wins, this series in particular is bound to produce very close racing.

Germany’s ADAC F4 series has a runaway leader in Mercedes junior Andrea Kimi Antonelli, but he is unlikely to contest the final round at the Nürburgring next month. That gives a chance for former Nico Rosberg protege Taylor Barnard to overhaul him in the points table.

In US F4 there are enough races left to run to provide a long list of contenders, while Danish F4 is another series where the title fight will hinge on the top two in the standings both turning up to the final round.

Hugh Barter has been left on the back foot in the French F4 title fight as he was ineligible to score points at two events due to prior circuit experience. But his form suggests he can overturn his 32-point deficit to Alessandro Giusti, which will likely set up a final-race showdown for the crown at Paul Ricard next month.

Finally, one of the most intriguing series hasn’t even started yet. Australia’s S5000 Tasman Series uses cars based on a Formula Regional-spec chassis, like W Series, but fitted with a 560bhp Ford Coyote V8 engine. It has revived the Tasman name used in the sixties for a winter series which many F1 drivers contested.

It’s likely that several professional racing drivers, as well as rising talents from junior single-seaters and the southern hemisphere’s stock car scene, will take part as the three-round series visits three iconic tracks. Former IndyCar street venue Surfers Paradise kicks off the action with races on the streets of the Queensland coast at the end of October, then the fearsome Mount Panorama circuit holds round two in November.

Finally, S5000 will support Australian Supercars on the streets of Adelaide, which previously hosted F1, in December. If its five-round series earlier this year is anything to go by, expect plenty of action.

Which of these series will you be watched? And are there ay title fights outside of the single-seater world you’ve got your eye on?

Let us know in the comments.

19 comments on “As Verstappen cruises to F1 crown, which other title fights are worth watching?”