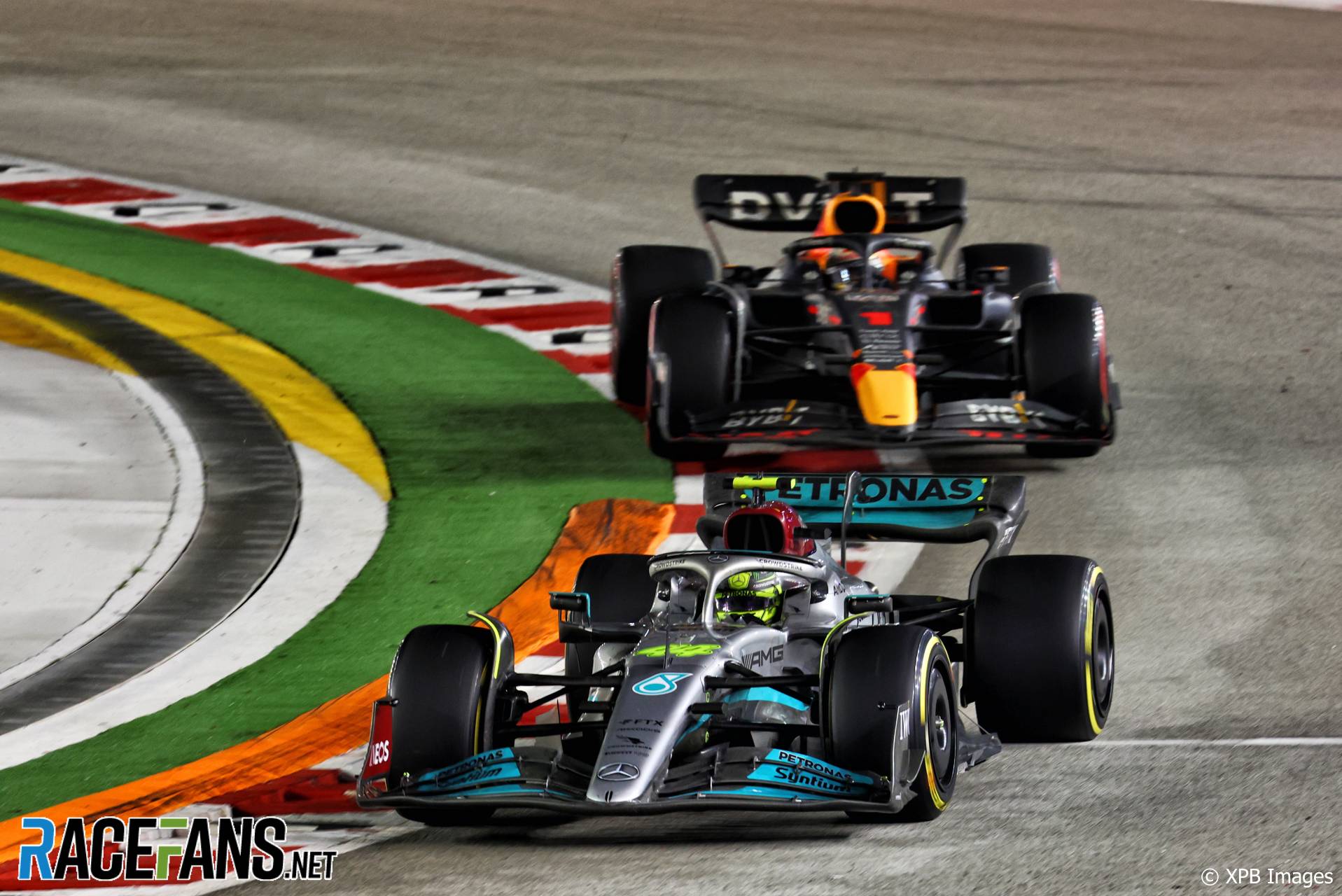 Lewis Hamilton offered his apologies to his Mercedes team after falling from third on the grid to ninth in the Singapore Grand Prix.

Despite securing his best starting position of the season, a costly unforced error by the Mercedes driver saw him skid into a barrier at turn seven on the 33rd lap of the race. He was running in fourth place behind Carlos Sainz Jnr at the time.

Hamilton suffered front wing damage which forced him to pit. He went on to finish down in ninth place after losing a place to Max Verstappen in the closing laps with another error while trying to pass Sebastian Vettel.

“I think we started off with a pretty decent weekend and just really, really unfortunate,” Hamilton told Sky.

“It’s obviously difficult to overtake and that lock-up into turn seven, when those things happen your heart sinks a little bit. I tried to get past Seb, but it was wet on the inside.

“When you fail, you get up and try again. It wasn’t the greatest day.”

During the series of Safety Car and Virtual Safety Car interventions in the first half of the race, Hamilton debated with his race engineer Peter Bonnington whether to pit for slick tyres on the slowly drying track. Then he struck the barrier at turn seven, which occurred when he was still on intermediates, just before drivers began to pit for slick tyres.

He said the transition to dry tyres would have been crucial in his fight with Sainz over the final podium position.

“Potentially we could have undercut him, maybe,” Hamilton said. “But it was a battle not of the undercut, but of who gets on the slicks first and it would have been slice-and-dice.

“So I was hoping for that and that’s what I was working towards, but then it went all out the frickin’ window when I locked up. So my apologies to the team. But we live and we learn and I’ll recover.”