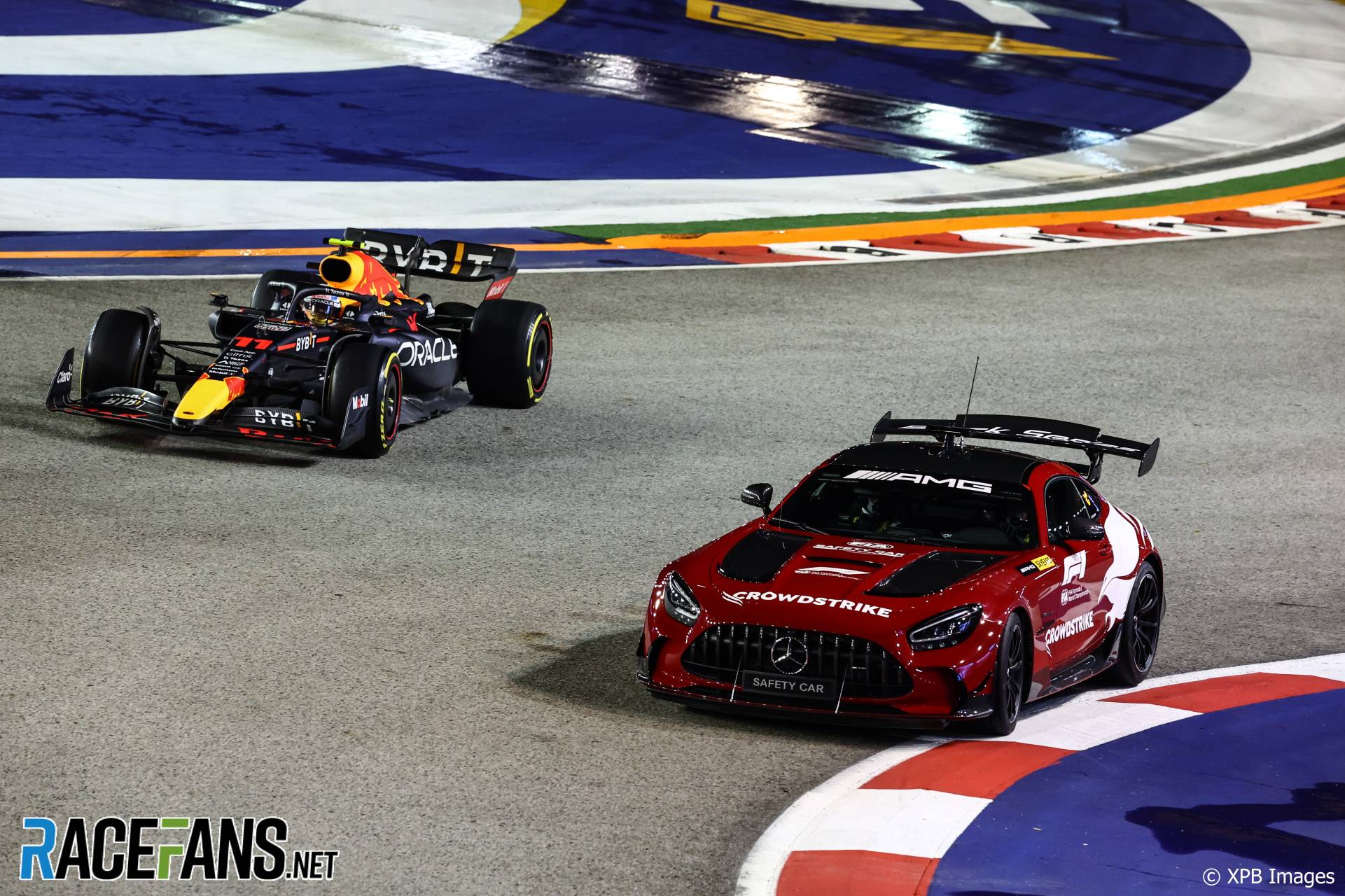 Sergio Perez has been confirmed as the winner of the Singapore Grand Prix following an investigation into his driving behind the Safety Car.

Perez was given a reprimand and a five-second time penalty for two separate incidents. However as he took the chequered flag 7.5 seconds ahead of Charles Leclerc, he keeps his win.

The stewards found Perez failed to stay within 10 car lengths of the Safety Car when required to while it was on-track on two separate occasions.

He was given a reprimand for the first incident which occured during the Safety Car period which followed the collision between Zhou Guanyu and Nicholas Latifi. The stewards noted: “It was admitted while the lights of the safety car were still on, Perez failed to keep within 10 car lengths of the safety car between the exit of turn 13 and turn 14.

“When questioned during the hearing Perez said that the conditions were very wet and that it was very difficult to closely follow the Safety Car with little heat in his tyres and brakes.”

They did not fully accept his explanation, but decided to issue a reprimand for the first incident.

“Although the track was wet in parts, we do not accept that the conditions were such as to make it impossible or dangerous for Perez to have maintained the required less than 10 car-length gap. Nevertheless, we took into account the wet conditions and the difficulties highlighted by Perez as mitigatory circumstances for this incident and, accordingly, determine that a reprimand ought to be imposed.”

During a subsequent Safety Car period, Perez again dropped too far back. This time race director Eduardo Freitas warned Red Bull that Perez needed to follow it more closely. The team passed the information onto him.

The stewards explained that as they issued a reprimand for the first infringement, a stiffer penalty was chosen for the second. “As this was the second breach of Article 55.10 by Perez during the race and followed an express warning from the race director, we determined to impose a five-second time penalty on Perez.”

Perez was also given two penalty points on his licence, which are his first two of the current 12-month period.