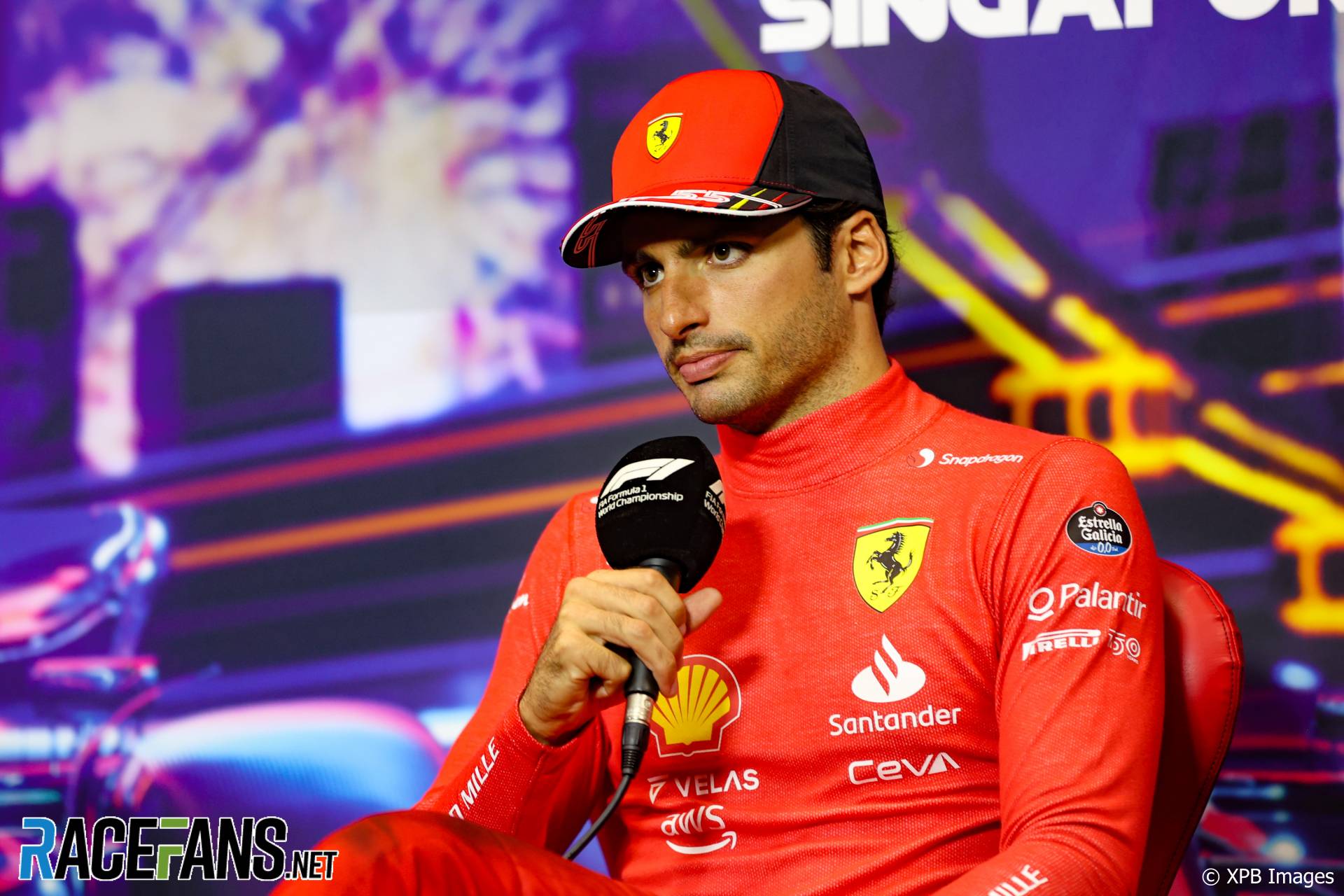 Carlos Sainz Jnr admitted he lacked confidence during the Singapore Grand Prix and was unhappy with his pace.

The Ferrari driver finished third in yesterday’s race but fell behind leaders Sergio Perez and Charles Leclerc after the start. Before the second Safety Car period, Sainz was over 25 seconds behind Perez at the front of the field.

The race was held on a wet but drying track and Sainz admitted he didn’t have the pace to keep his rivals in sight.

“It was unfortunately quite lonely for me because I just didn’t have the pace,” he said. “Today on the intermediate tyre I lost a lot on the road to Charles and Checo. I couldn’t keep up with them.

“I was struggling quite a lot on these tyres. I think I lost quite a bit the front and I was having a lot of moments, a lot of front locks, and every moment here costs you confidence and costs you the ability to recover that pace.”

Sainz’s pace improved towards the end of the race as the track dried out. “At one point I had to settle a bit and recover that confidence because I couldn’t keep up,” he explained.

“Once the confidence recovered in the slick, towards the last 10-15 laps, I managed to be quick but it was just way too late.”

He admitted he “cannot be happy” with his performance. “I wish I could have put some pressure together with Charles and Checo and we could have been both up there to play a bit with Checo. But today I simply didn’t have the pace and it’s something that I need to look at.

“That’s why I’m not happy at all, because it’s normally the conditions where I am quite quick and normally execute good races. At some point I had to settle a bit because it was not worth taking any risks because I was P3 with 10 seconds behind and 10 seconds in front and at that point you have to bring also the P3 for the team instead of pushing a bit too much and making a mistake.

“So it’s something to look at but of course I am not happy and I will look at this race with good analysis and come back stronger in Suzuka.”

However Sainz said he was pleased to have picked up a place from Lewis Hamilton when the race began. “It was a good start, I think as good as it gets in the wet to be honest.

“[I’m] glad that we didn’t have any issues on the car, or at least it didn’t feel like it, and we could keep the position and then it was all about managing the gap to him because it was clear for me that in order to catch the guys in front I had to take too many risks.”