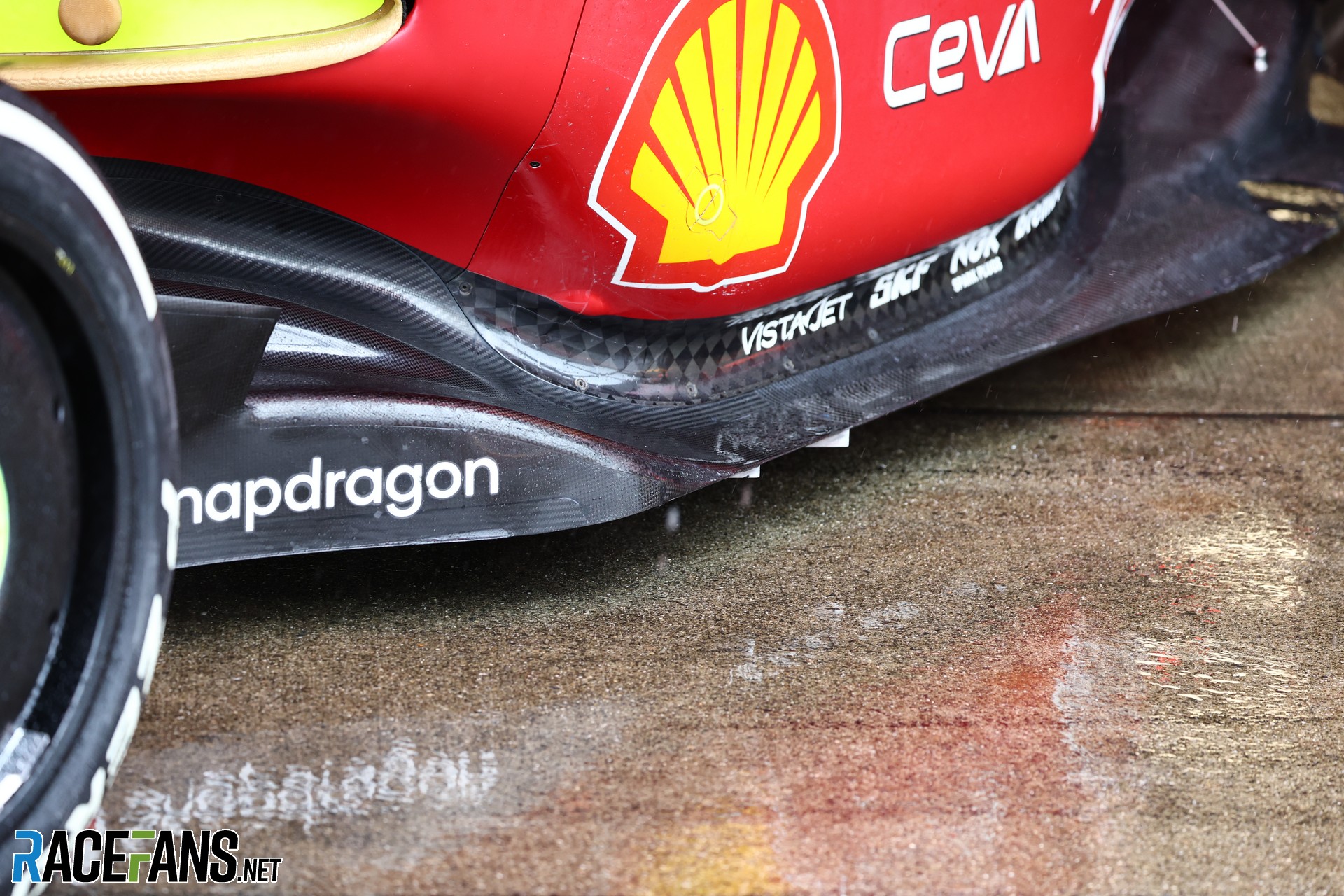 With the Japanese Grand Prix following just one week after the preceding round in Singapore, only half the teams have brought new parts this weekend, and the changes are mostly minor.

Suzuka is a circuit which requires plenty of downforce for the sinuous opening sectors, but not at the expense of drag, or there is a price to be paid on the long straights which bring the cars back to the start/finish line. Efficient downforce is the gain teams are seeking.

This can be seen in AlphaTauri’s subtle rear wing tweak, designed to increase downforce with a minimal drag penalty. Aston Martin have revised the beam wing in the same area of the car to reduce draft. Williams are seeking similar gains around the entrance to their sidepods.

One of the most significant changes is on the Alfa Romeo. The team has brought a new front wing this weekend which it expects will improve its aerodynamic performance across the remaining races of 2022. After Aston Martin’s points haul in Singapore, Alfa Romeo will be hoping this can ensure they stay ahead of the green cars until the end of the season.

The only front-running team to have brought upgrades to this race is Ferrari, which has made minor alterations to its floor.

Among those who haven’t brought anything new to Suzuka are front-runners Red Bull and Mercedes. McLaren, who fitted a package of new parts to Lando Norris’s car last week, has brought the same upgrades for his team mate Daniel Ricciardo in Japan.

Having debuted a major floor upgrade in Singapore, Alpine have made no changes this week. Nor has Haas upgraded its VF-22 this weekend.

Updated component: Rear wing
Primary reason for update: Performance – local load
Geometric differences compared to previous version: “The tip of the rear wing for this event has been updated with a tighter transition to the endplate in front view and a larger cut out at the back in side view.”
How the update works: “The update increases the effective span of the rear wing and produces an efficient increase in the local downforce it generates.”

Updated component: Coke / engine cover
Primary reason for update: Circuit specific – cooling range
Geometric differences compared to previous version: “Narrower/smaller engine cover to suit requirements of Suzuka”
How the update works: “This update on the engine cover for Suzuka reduces the underbody flow to the radiators and results in a small reduction in drag.”

Updated component: Front wing
Primary reason for update: Performance – local load
Geometric differences compared to previous version: Reprofiled front wing elements and attachment to the nose structure. “This is a significant update of the front wing that will help the team make a step forward.”
How the update works: “The new front wing and nosecone attachment will provide an improved overall aerodynamic performance, improving the balance of the car and helping the team in Suzuka and at the following races.”