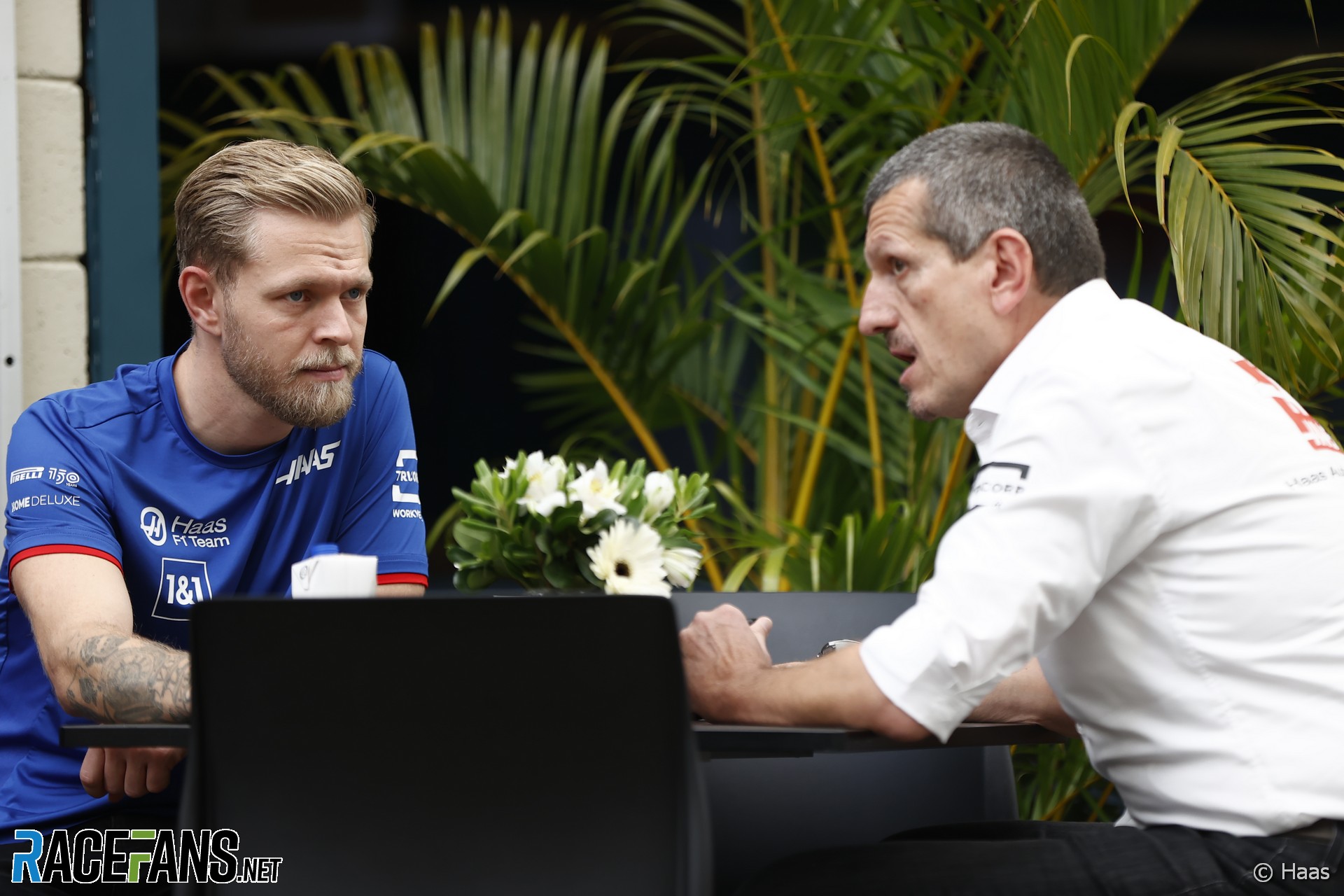 Haas has chosen its second driver for the 2023 F1 season and plans to reveals its choice in the coming week.

Kevin Magnussen already has a long-term deal which will keep him at the team next year. But Mick Schumacher’s place at Haas is believed to be in doubt.

Nico Hulkenberg, who last raced in F1 full-time with Renault in 2019, has been widely rumoured as Schumacher’s replacement. He spent this season as reserve driver for Aston Martin, but the team recently announced Stoffel Vandoorne will take up that role in 2023.

Haas team principal Guenther Steiner confirmed yesterday that their driver line-up for next year has been decided and formal confirmation is imminent. “We are just sorting out details, how are we going to do [it], what we are going to do,” he said.

“Expect the announcement sometime next week,” Steiner added. “I’m not telling you a day because then everybody will be waiting for that day. It will be coming next week.”

Schumacher suffered a blow in qualifying for the Brazilian Grand Prix sprint race where he was eliminated in Q1 and started last. Meanwhile team mate Kevin Magnussen reached Q3 and took a surprise pole position in the disrupted, rain-affected session.

Steiner said he “really felt almost sorry for him because he did a good job in Q1” until the final runs. The field switched to slick tyres as the track dried out and Schumacher’s last lap was almost two-and-a-half seconds slower than Magnussen’s.

“Before he went out, the first two runs were very good,” said Steiner. “And then with the dry tyres, he just couldn’t get the feeling. He lost a little bit of temperature when some people overtook him on his out-lap and then couldn’t get the temperature back in and then lost a little bit of confidence, started to slide and that is what is happening.

“It just didn’t work for him. But otherwise, the whole season, I mean, we all know he had very good moments and very bad moments, it’s an up-and-down.”

View the current list of 2023 F1 drivers and teams