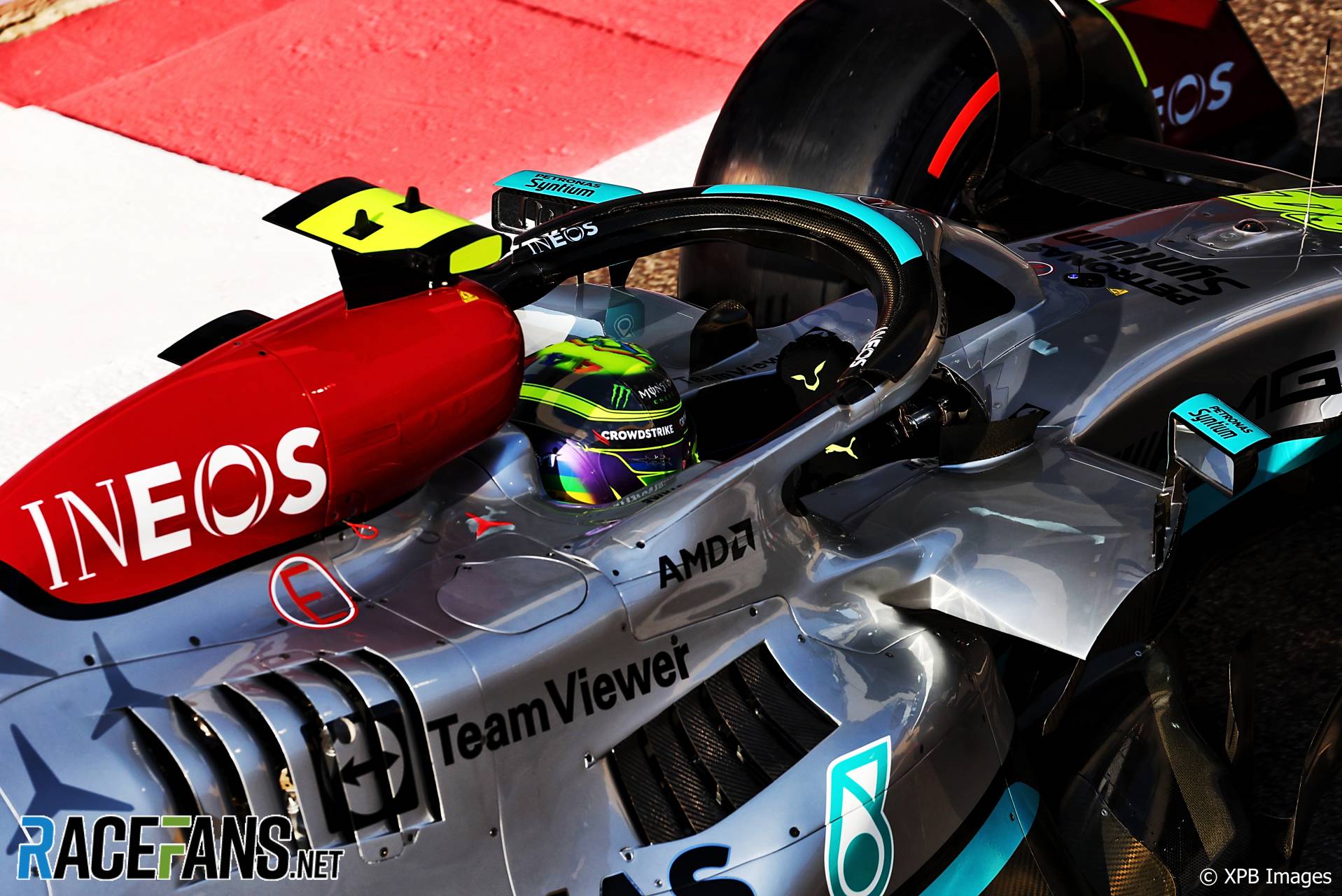 Lewis Hamilton has avoided a penalty after he was investigated for speeding and overtaking under red flags.

The Mercedes driver was placed under investigation after he passed Lando Norris and Kevin Magnussen approaching turn five around the same time a red flag was shown during final practice. Norris alerted his team to Hamilton passing them on his radio at the time, but Magnussen did not mention it.

In deciding not to penalise Hamilton, the stewards pointed to a precedent set when Max Verstappen was cleared of overtaking Lance Stroll when a red flag was shown during practice for the Dutch Grand Prix at Zandvoort last year .

After speaking to Hamilton and his team, and examining footage of the incident and relevant data, the stewards concluded: “There is no dispute that car 44 [Hamilton] passed car 20 [Magnussen] directly after the track was placed in a red flag condition.

“The driver of car 44 stated that he was on a fast lap, he saw the red light, immediately completely lifted the throttle and applied the brakes, whilst checking his mirrors for cars following in close proximity. He stated that he had, in doing so, gone past car 20.”

Telemetry supplied to the stewards by the FIA showed Hamilton lifted his throttle entirely and “applied firm braking pressure” immediately after the red light was displayed. When the light was shown, Hamilton was travelling at 288kph, more than twice as fast as Magnussen, whose speed was 126kph.

“It is our conclusion that the driver of car 44 took every reasonable action to comply with the regulations in that he immediately reduced speed in a safe manner at the earliest opportunity upon the first indication of the red light,” said the stewards.

Although Hamilton had “technically” committed a breach of article 2.5.4.1 (b) of Appendix H of the International Sporting Code, the stewards ruled “he could not avoid overtaking car 20 in this case and therefore… determine to apply no penalty.”

They also noted he had not breached article 37.6 of the Formula 1 Sporting Regulations, which states drivers must “stay above the minimum time set by the FIA ECU at least once in each marshalling sector” when a session is red-flagged. Pierre Gasly was penalised for infringing that rule during the Japanese Grand Prix.