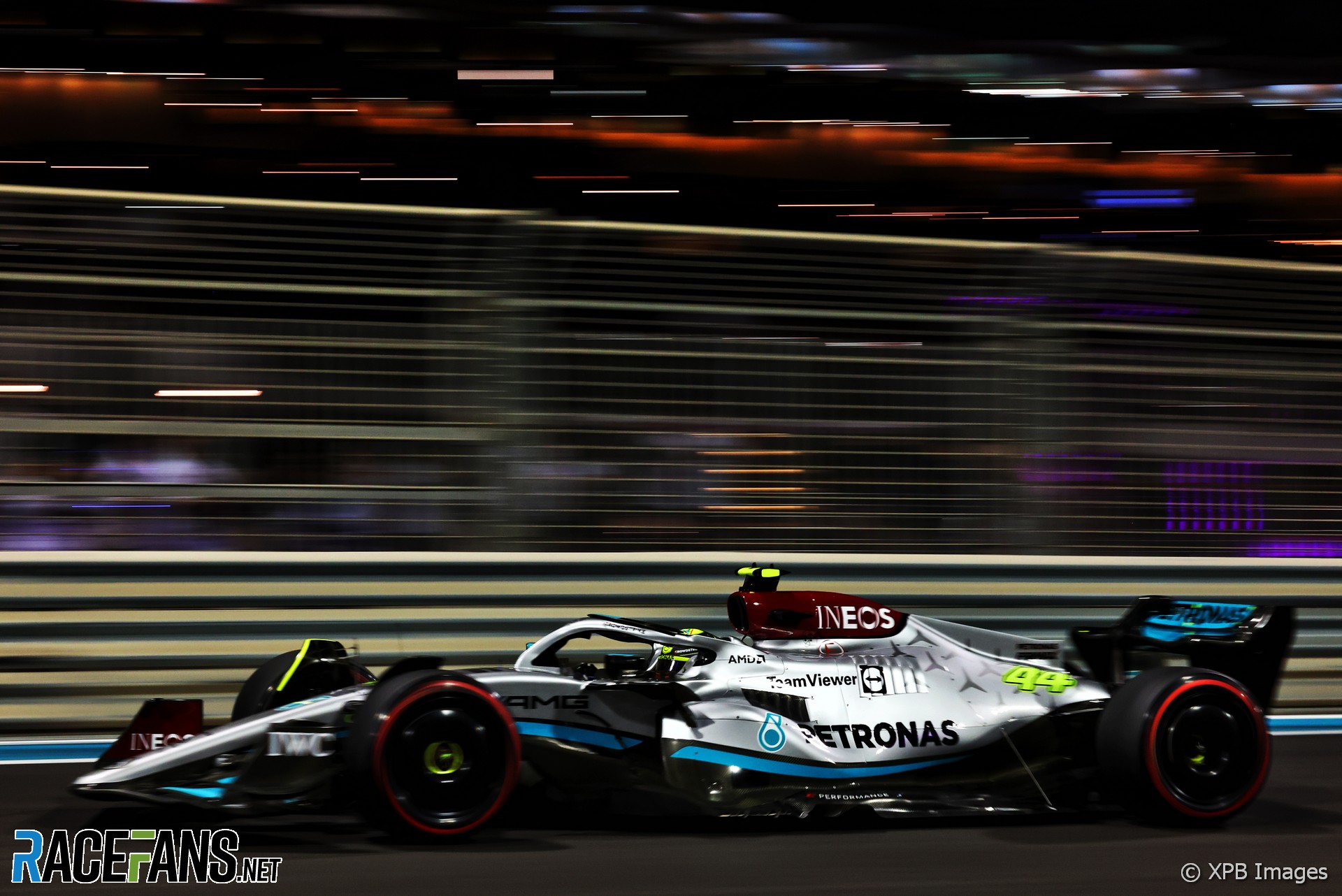 Max Verstappen and Carlos Sainz Jnr said they were surprised to see Mercedes qualifying behind both Red Bulls and Ferraris for tomorrow’s Abu Dhabi Grand Prix.

After taking a one-two victory in last weekend’s Brazilian Grand Prix and going quickest during the opening practice session, Mercedes qualified only fifth and sixth with Lewis Hamilton and George Russell, respectively, six tenths of a second off Verstappen’s pole time.

The pole-winner admitted he had not expected Mercedes to be so far behind their rivals and suggested the layout of the Yas Marina circuit may suit Red Bull better than Mercedes.

“Honestly, it is a bit of a mystery,” said Verstappen. “But even for us, we didn’t expect to be so slow in Brazil. So clearly we don’t always seem to understand where we are really good or just pretty average.

“I’m a little surprised. But who knows, maybe they focused more on the long run and sacrificed a little bit over one-lap performance. You never know.”

Asked by RaceFans how much of a threat he expected Mercedes to pose to them in Sunday’s grand prix, Carlos Sainz Jnr predicted Mercedes would prove stronger over a race distance.

“They’re normally quicker in the race than what they are in quali, so I expect them to be right there in the fight with us tomorrow,” Sainz said.

“I was actually surprised to see them so far behind in quali, because over one lap they’ve been even quicker than us up until quali. So they will be tough to beat tomorrow. But yeah I think we are in a good position to out-race them and and seal P2 in the championship.”

Mercedes team principal Toto Wolff explained that the characteristics of the Yas Marina circuit were the opposite to Interlagos last week in which they won.

“We always knew that we need to be prudent and not set our expectations based on the Brazil result,” Wolff said. “I think that circuit perfectly suited our car and everything ran very, very smoothly.

“Abu Dhabi, in our ‘table of doom’, was one of the worst tracks. Not catastrophic like the high-speed tracks, but still not ideal. And we’ve seen that today. We’re just way too draggy for a good qualifying time.”