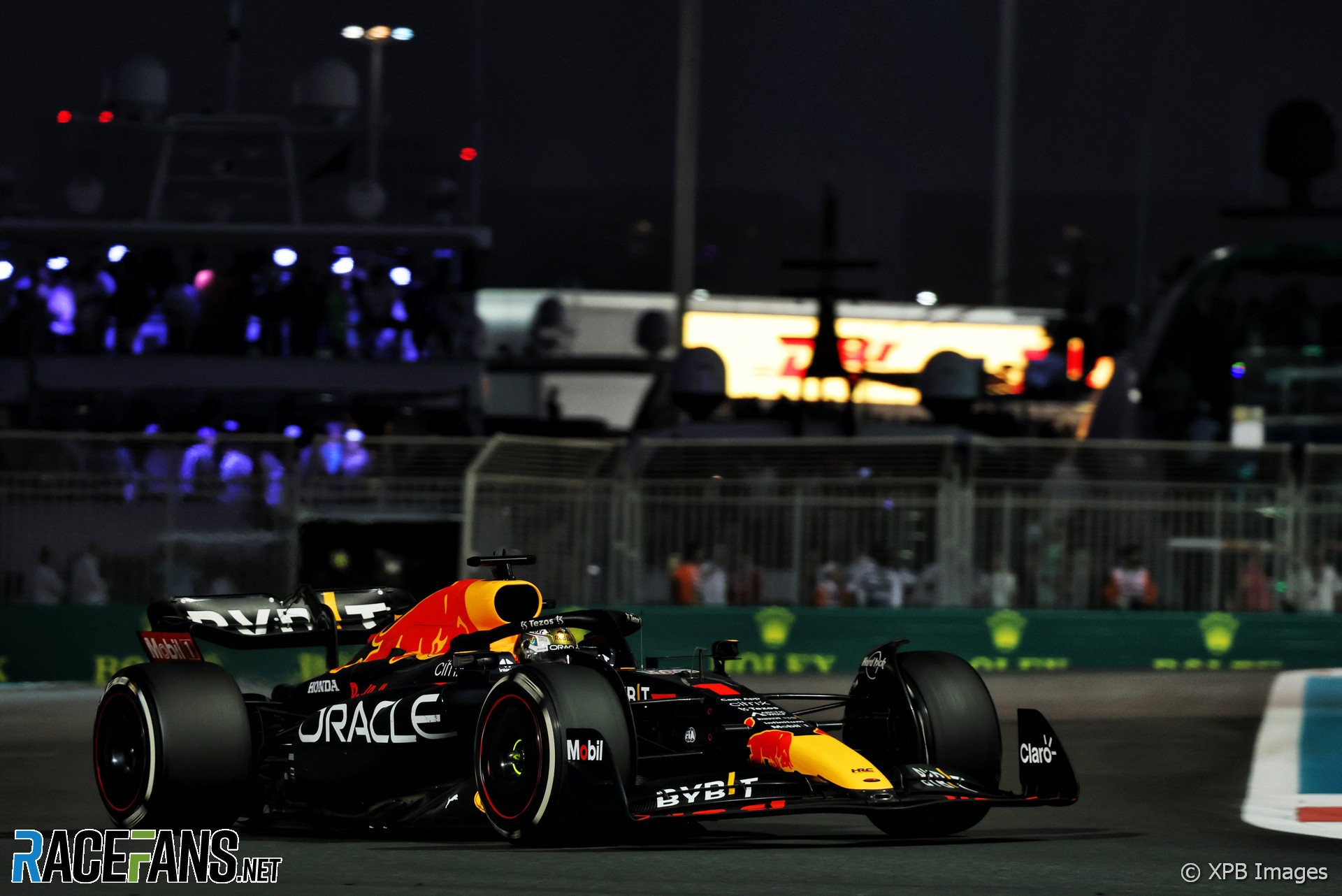 Max Verstappen says it would not have been fair for him to hold up Charles Leclerc in an effort to help his team mate take second place in the championship.

Leclerc finished second behind Verstappen in today’s Abu Dhabi Grand Prix, securing the points he needed to end the season second in the championship ahead of Sergio Perez.

During the final laps of the race Perez closed on second-place Leclerc, but finished 1.3 seconds behind the Ferrari. Verstappen said the team never asked him to slow down and delay Leclerc to assist Perez in his pursuit.

“That is quite a tricky call to make,” he said. “You also don’t want to end up… of course you can possibly block. But I mean, is that fair racing? I think it’s not the nicest way going out of the season like that.”

Perez had fresher tyres than Leclerc and seemed likely to catch him at one stage but lost time lapping Pierre Gasly and Alexander Albon, Verstappen pointed out.

Verstappen believes Perez’s best chance of taking second place would have been to push harder in his second stint. However Red Bull believed at the time that the tyres needed more careful treatment.

“That second stint, because the deg was quite high on the medium, in hindsight, probably as a team, we could have pushed a bit more on that middle stint for Checo.

“But that’s always easy to say afterwards. At the time we thought that we had to be a little bit careful on the tyres. We’ve had a lot of great weekends but even in great weekends there are always things that you can learn.”

Perez agreed he should have increased the pace during his middle stint. “We thought that the deg[radation] was going to be higher than it was and we just didn’t push as much as we should have pushed in that second stint and probably we left two seconds on the table there,” he said.

At one point in his second stint Perez said he was losing time because of Verstappen, who was around two seconds ahead of him at the time. However he admitted he was also compromised by pitting six laps earlier than Leclerc at the end of his first stint.

“Today I think Ferrari and Charles did a fantastic race,” he said. “They have great tyre management and they were stronger than us, especially in that first stint I died towards the end and that made it a little bit tricky, our strategy.

“Just that second stint when I was behind Max, Max was on a one-stop, I was on a two-stop. And then I ended up not being able to maximise the stint. And I couldn’t push as much as we should have pushed on that second stint. But at the end of the day we gave it all and that’s what really matters.”