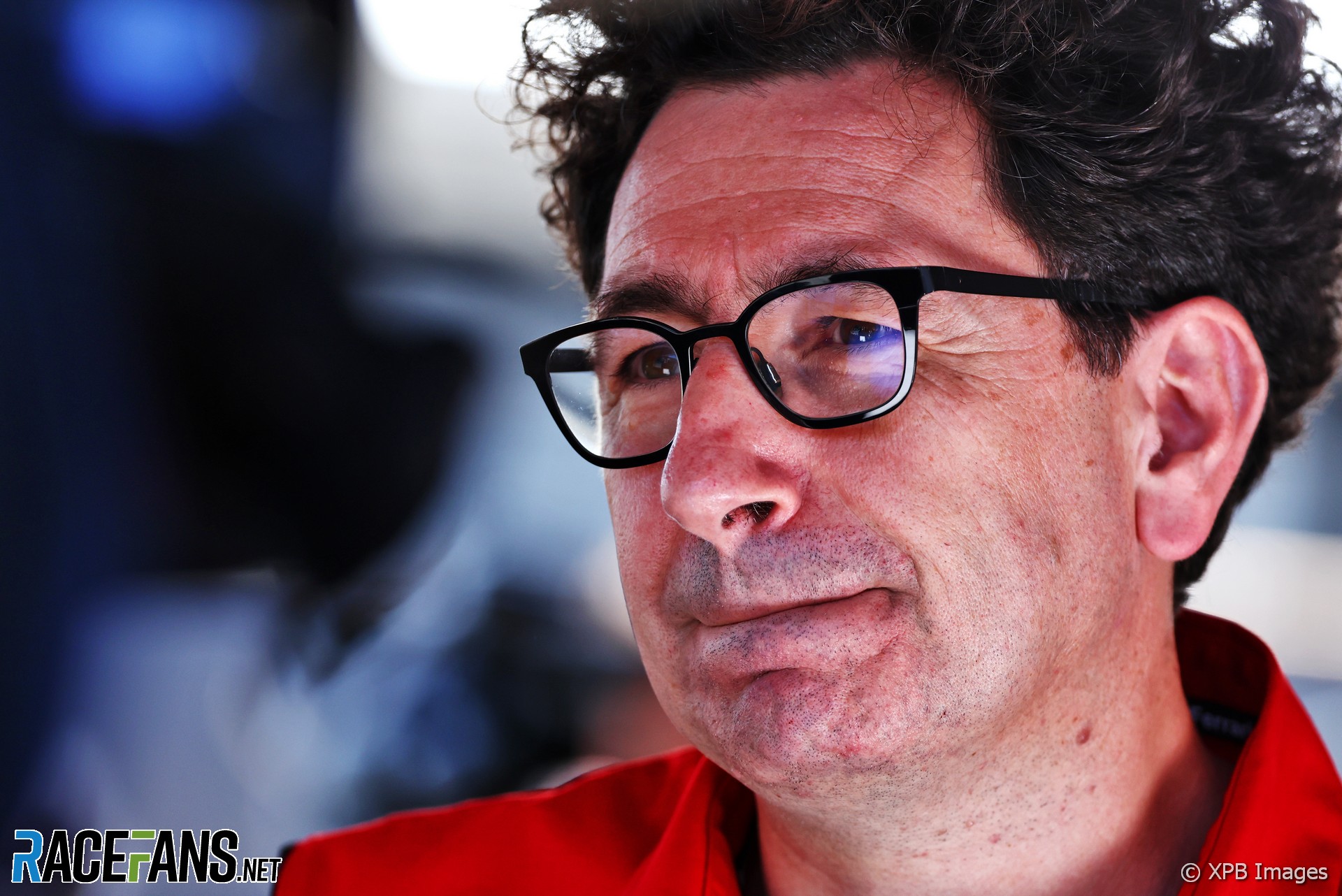 Ferrari have announced team principal Mattia Binotto has resigned from his role following the disappointing conclusion to their 2022 season.

The team says it has has begun a process to decide on his replacement and it intends to announce who will take over from Binotto in the new year.

“With the regret that this entails, I have decided to conclude my collaboration with Ferrari,” said Binotto in a statement issued by Ferrari.

“I am leaving a company that I love, which I have been part of for 28 years, with the serenity that comes from the convinction [sic] that I have made every effort to achieve the objectives set.

“I leave a united and growing team. A strong team, ready, I’m sure, to achieve the highest goals, to which I wish all the best for the future.”

Binotto’s resignation comes following a disappointing 2022 season, which saw Ferrari’s strong championship challenge at the start of the year fade away as rivals Red Bull turned dominant. The team received heavy criticism by fans and commentators in the motorsport media following a catalogue of operational errors with the team during the season, from reliability problems, race-ending mistakes by drivers Charles Leclerc and Carlos Sainz Jnr, poor strategy calls and problems with pit stops.

“I think it is right to take this step at this time as hard as this decision has been for me,” Binotto concluded. “I would like to thank all the people at the Gestione Sportiva who have shared this journey with me, made up of difficulties but also of great satisfaction.”

Just two weeks ago, Ferrari dismissed speculation in the Italian media over Binotto’s future within the team, describing reports that Alfa Romeo team principal Frederic Vasseur was set to replace Binotto as the team’s principal as “rumours” that were “totally without foundation”. Speaking ahead of the season-ending Abu Dhabi Grand Prix last weekend, Binotto said he had discussed the reports with Elkann to “discuss openly what was the best way to move forward” before releasing the statement.

Binotto led the team over the last four seasons, having taken up the role of team principal in January 2019. In 2020 the team suffered its worst season for 40 years, having reached a confidential agreement with the FIA after the governing body probed the design of its power unit.

He joined Ferrari’s F1 programme in 1995 as a test team engineer, before moving into the race team in the same role. In 2007 Binotto was promoted to chief engineer for race and assembly, before becoming head of engine and KERS operations in 2009.

He continued to rise through Ferrari’s technical ranks, becoming deputy director of engine and electronics in 2013 before a further promotion to chief operating officer of the team’s power unit. Finally, he spent two-and-a-half years as Ferrari’s chief technical officer before his appointment to team principal in early 2019.

In 2022, Ferrari finished second in the constructors’ championship, 205 points behind champions Red Bull despite being only 56 adrift at the mid point of the season. The team won four races during the season – three for Leclerc and one for Sainz – all of which came during the first half of the championship.

Ferrari’s CEO Benedetto Vigna thanked Binotto “for his many great contributions over 28 years with Ferrari and particularly for leading the team back to a position of competitiveness during this past year.

“As a result, we are in a strong position to renew our challenge, above all for our amazing fans around the world, to win the ultimate prize in motorsport. Everyone here at the scuderia and in the wider Ferrari community wishes Mattia well for the future.”