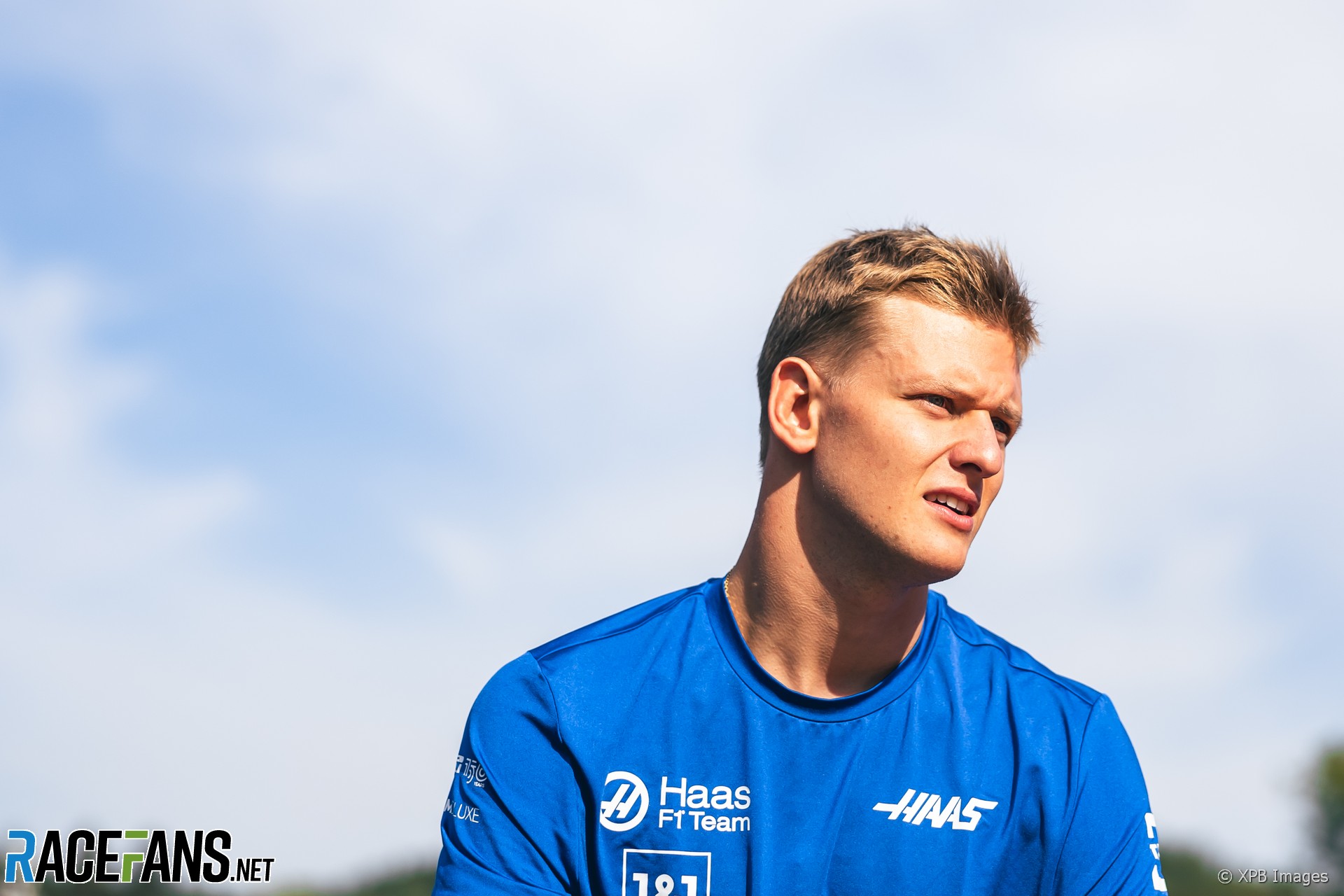 It’s little coincidence that the three drivers who were compelled to leave the Formula 1 grid at the end of 2022 occupy the bottom three positions on the RaceFans driver rankings for the season.

But of the trio, Mick Schumacher perhaps has most reason to feel frustrated at not being offered another chance.

Schumacher’s rookie season at the highest level realistically amounted to little more than a year-long test session. With zero development on their 2021 car, Haas threw all of their available resources into their 2022 machine for the Formula 1’s new era.

While Schumacher could do little more than drive around at the rear of the field all season, he did at least have the benefit of a having a team mate whose skills behind the wheel were about as poor as his father was rich. Nikita Mazepin was no match for Schumacher, who out-performed him in every category to head into 2022 with the clear psychological advantage.

However, by the time Schumacher arrived in Bahrain for the opening race, it was not Mazepin who sat opposite him in the garage, but veteran Kevin Magnussen. Suddenly Schumacher had a true benchmark to compare himself against as well as someone experienced to work with to make the most of their extensively developed new car. A car that, as it turned out, was more than capable of scoring points.

But over the opening part of the season when the Haas was easily as its best, Schumacher simply failed to make the most of its potential. Over the first four rounds, Magnussen racked up 15 points, including a remarkable fifth place in Bahrain. In the same span, Schumacher did not record a single top 10 finish.

The first major setback came in Jeddah. Schumacher’s ugly accident in qualifying was possibly the most violent impact suffered by any driver all season, destroying his car and earning him a trip to hospital. While he was thankfully deemed fit and well, his car was anything but. With so few spares on hand, Haas opted to sit Schumacher out of the race, leaving him merely a spectator as Magnussen took ninth to secure the team’s second consecutive points finish.

After a disappointing weekend for Haas in Melbourne, where Schumacher was at least able to pass Magnussen in the final laps to finish ahead, the second-year driver then endured what was likely his worst run of the season. In Imola, he qualified eight places behind Magnussen, then spun into Fernando Alonso at the first chicane. He then spun again at the Variante Alta and finished ahead of only Daniel Ricciardo, who had spent the entire race with a damaged car.

In Miami Schumacher was on course for his first ever points after the last Safety Car, before a clash with Sebastian Vettel destroyed any hope of him finally adding to his team’s tally. Spain was another weekend where the team lacked pace, but at least Schumacher achieved the milestone of reaching Q3 in qualifying for the first time.

Then it was Monaco and possibly Schumacher’s low point of the season. After successfully navigating the wet start to the race, he lost control entering the Swimming Pool and slammed into the barrier, splitting his car apart for his second major wreck of the still-young season. Schumacher’s repair bills were now starting to add up. Team principal Guenther Steiner made no secret of the fact that given the constraints of the budget cap Schumacher had to avoid any shunts for the remainder of the season.

Fortunately for Schumacher, his form picked up after this brutal low. Racing at Montreal for the first time, he secured his best grid position of his career in sixth just behind Magnussen. Unluckily, hydraulics failure forced him out of the race just 19 laps in while running well inside the points. Surely it would not be long before he was finally rewarded with his first points?

At the very next round at Silverstone, the long-awaited breakthrough came. Despite falling to the back in the early laps, he caught and passed his team mate on his way to eighth. In truth, he was unlucky to finish behind Max Verstappen after being shoved off the track on the final lap, but this looked like a long-awaited turning point.

In Austria, he seemed a new Schumacher. He was unhappy his team did not use Magnussen to help him in the sprint race but then passed his team mate during the grand prix to move up to seventh, which became sixth after Carlos Sainz Jnr retired. Back-to-back points had suddenly transformed the narrative over Schumacher’s season and left him in charge of his own destiny over the final half of the season.

But that strong performance at the Red Bull Ring was the final time he finished in the top half of the field. Haas were struggling to keep up with the development rate of their rivals and were falling down the order, getting the boost of their sole major upgrade package around the summer break.

Schumacher used it to good effect at Zandvoort, being comfortably the better of the two Haas drivers over the weekend but losing eight seconds with a front jack problem in the pits. Then at Monza, he had a grand total of just 17 laps over practice but showed impressive race pace on medium tyres to bring himself into contention for points just outside the top 10 behind the Safety Car, only for the race to never restart.

That was as close as Schumacher came to points for the rest of the year. He only finished ahead of his team mate a couple of times over the final six rounds and gave Haas a few more reasons why they should consider another driver over keeping him for 2023. He crashed again in Suzuka on his way back to the pits after first practice, then picked up a track limits penalty at Circuit of the Americas. At least in Mexico, he managed to beat Magnussen across the line by less than two seconds.

Then came the most awkward moment of the season in Brazil. While Schumacher was eliminated slowest on a drying track in Q1, admitting he just did not realise how much grip there was, his team mate rode his car and a slice of good fortune all the way to pole position. As great a moment as it was for the team, the contrast between Schumacher and his team mate could not be more striking. Days later, his departure was finally confirmed.

Schumacher has certainly shown he can fight for points when his car is capable – only not at a consistent enough level. In a long season, it was ultimately his inability to capitalise at the early phase of the year when Haas were at their best relative to their rivals that likely cost him his place on the Formula 1 grid. Whether he will get a second chance remains to be seen.