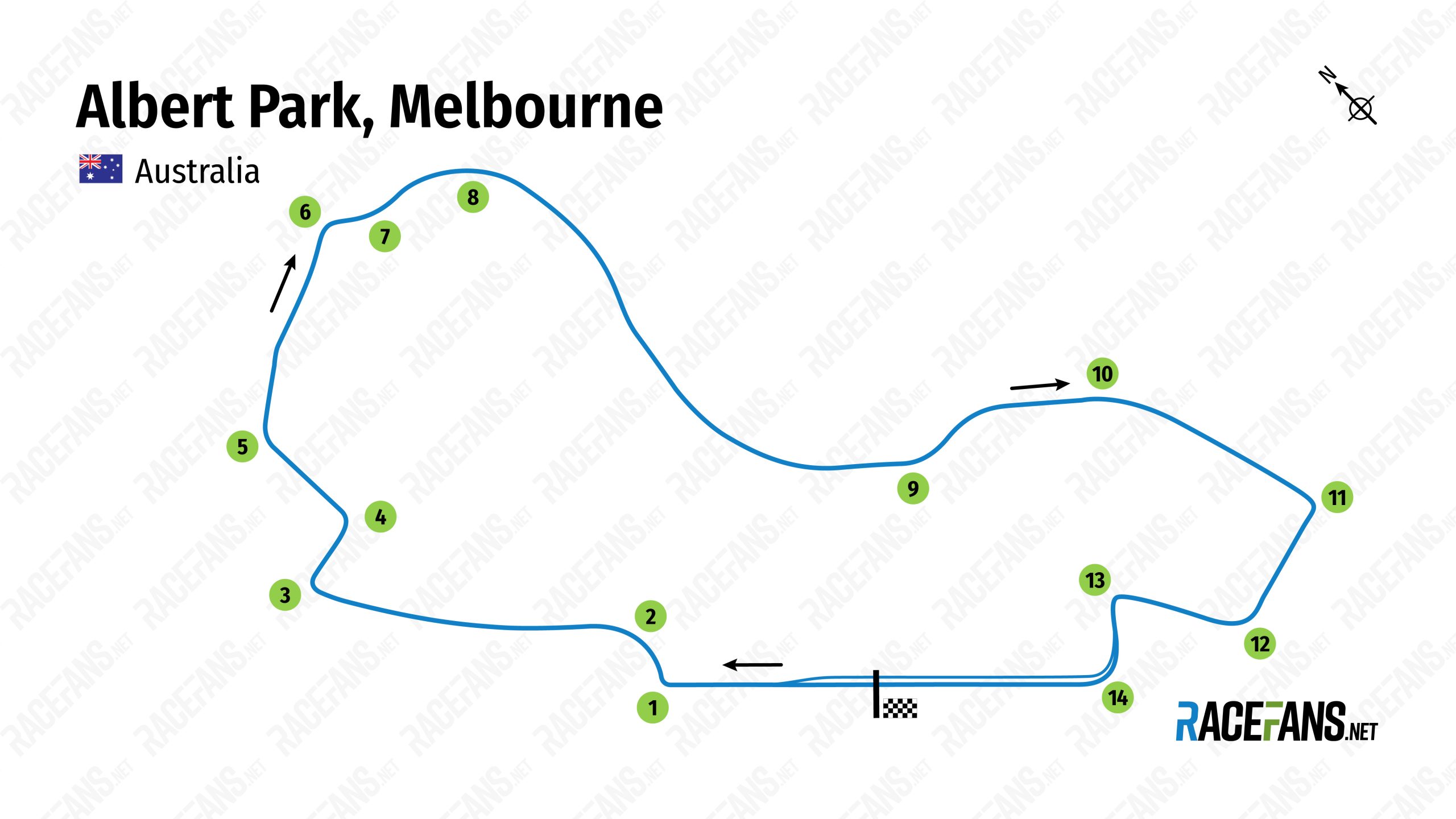 The Albert Park circuit in Melbourne held non-championship grand prix races in the fifties. A revised circuit join the world championship calendar in 1996.

The track is a temporary facility which follows the roads around Albert Park Lake. Closely bordered by barriers in places and with trees hanging over parts of the track, it can often catch drivers out and it is not uncommon for the Safety Car to be deployed during races.

In 2020 Formula 1 arrived at the circuit to begin its season, but the race was cancelled due to the Covid-19 outbreak. The following year’s race was initially postponed, then also called off.

When F1 returned in 2022 the Albert Park course had been extensively modified to increase overtaking opportunities. This was done by widening several corners, removing the chicane at turns nine and ten and adding a fourth DRS zone.