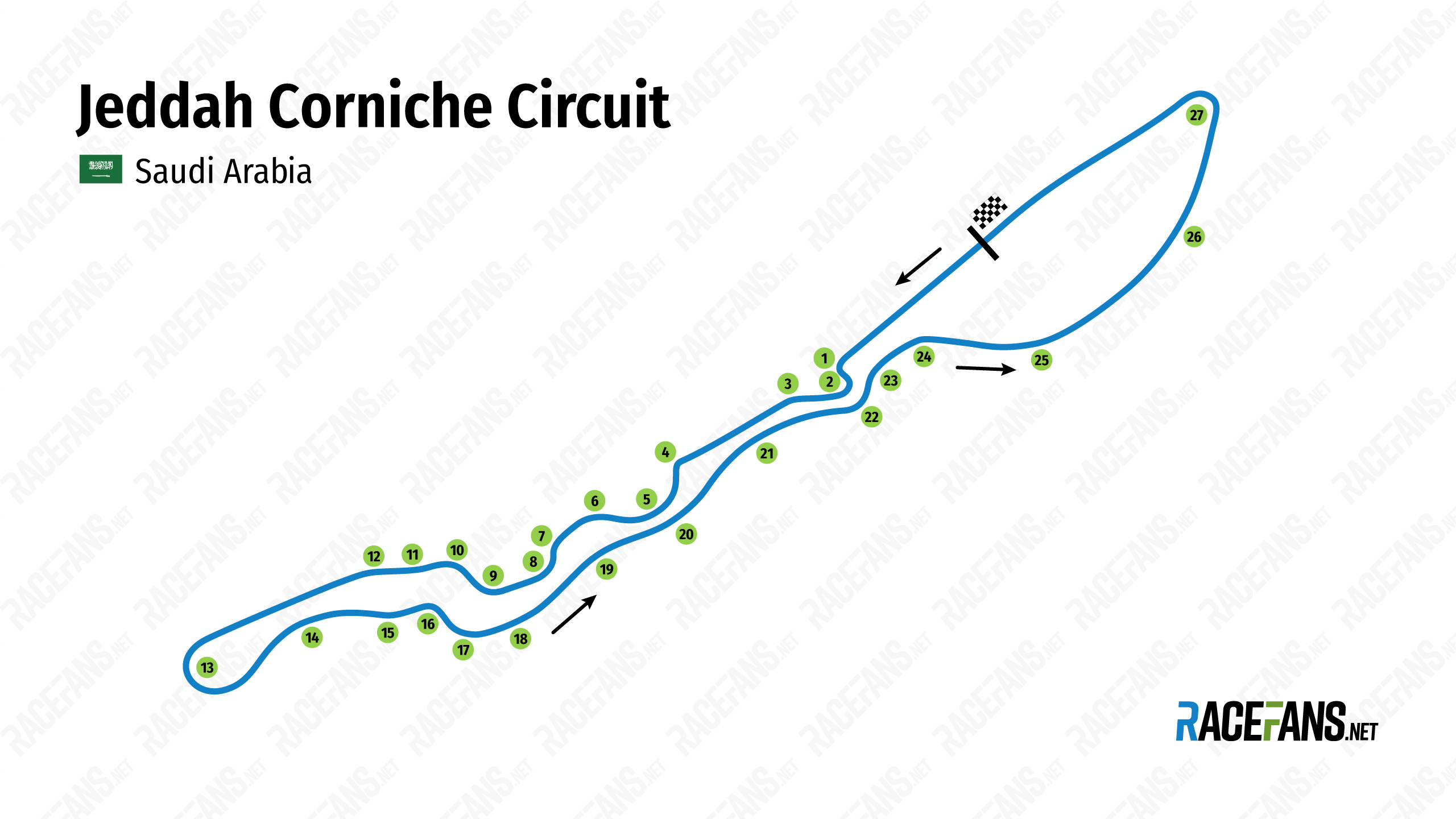 Formula 1 will hold its first ever Saudi Arabian Grand Prix at a new track on the Jeddah Corniche Circuit, in the country’s second-largest city, during 2021.

The 27-turn circuit will incorporate the waterfront corniche overlooking the Red Sea. It measures 6.175 kilometres, making it the longest street track in use by F1 – around 100 metres longer than Baku City Circuit – and the second-longest circuit on the current F1 calendar.

The layout was created by Tilke Gmbh and Formula 1’s motorsports division. Simulations indicate the track will yield high average lap speeds of 250kph, putting it on a par with Spa-Francorchamps. Lap times will therefore be around 1’29. Top speeds of 322kph are expected on the approach to the final corner.

“Our goal is to make it an exciting and thrilling race,” the president of Saudi Arabia’s motorsport federation Prince Khalid Bin Sultan Al Faisal said in 2020. “We don’t want it to be one of those boring races where there is no overtaking. We host the Formula 1 because we want to bring the excitement.”

The Jeddah Corniche Circuit is scheduled to hold the penultimate round of the 2021 F1 season.