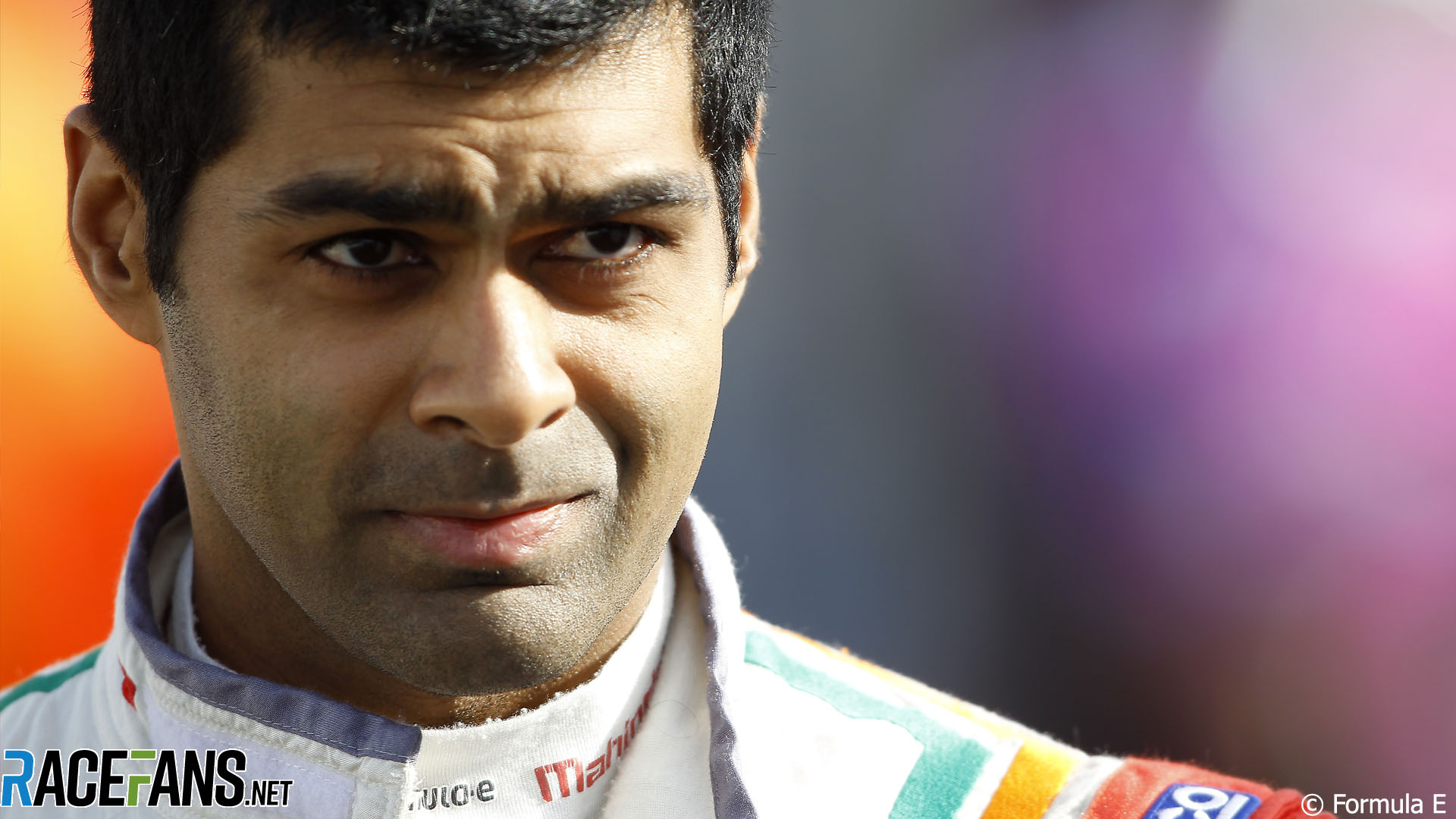 Karun Chandhok is the second driver from India to compete in Formula 1. He began racing in his home country, winning the Indian National Racing Championship aged 16 and later taking the Formula Asia crown as well.

Chandhok spent three years in British F3 – two in the junior Scholarship category – but cut his final season short. He switched to the World Series by Nissan (later Renault) where he paired up with fellow Indian Narain Karthikeyan.

In 2005 Karthikeyan became the first Indian in F1 when he joined Jordan. Chandhok remained in WSR for the first six races of the year before leaving his RC Motorsport team.

After a brief appearance in A1 Grand Prix Chandhok switched to the new Renault Formula Asia V6 championship, winning the championship. He followed that with a move to GP2, where he raced from 2007 to 2009.

Driving for Durango in his first season, Chandhok took his maiden win in the category at Spa by passing Andy Soucek on the outside of Les Combes. He was leading the following round at Istanbul when he was hit by Kazuki Nakajima.

In 2008 Chandhok joined front-running team iSport. But while team mate Bruno Senna finished runner-up in the championship, Chandhok did not fare as well. He scored 31 points to Senna’s 64 and won once.

Chandhok was robbed of a likely win at Monaco in 2009 while driving for the new Ocean team – a broken driveshaft put him out. Team mate Alvaro Parente eventually scored the new outfit’s only win at Spa. Chandhok finished the season 18th with 10 points.

Despite various rumours linking Chandhok to including Force India, who joined the F1 grid in 2008, he eventually started his first season with new team HRT in 2010. He once again partnered Senna as both made their F1 debuts.

However after the British Grand Prix Chandhok was replaced by Sakon Yamamoto.

The following year Chandhok joined Lotus. He drove in several Friday practice sessions for the team and took Jarno Trulli’s place on the grid at the German Grand Prix.

Although he drove in practice again for the team later in the year, including at the inaugural Indian Grand Prix, he was not given another chance to race.