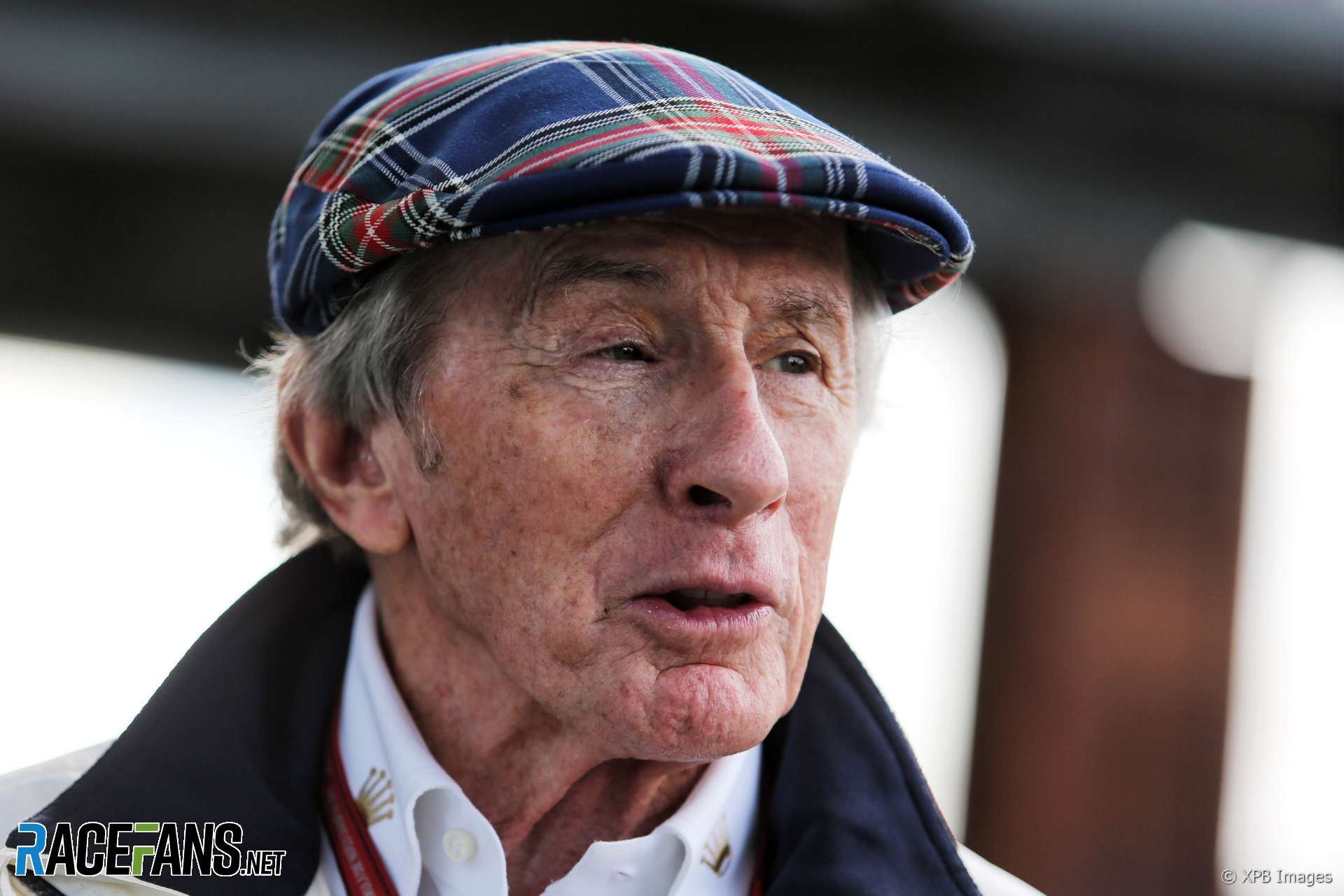 Three-times champion Jackie Stewart was the benchmark by which drivers were measured for 24 years, until Alain Prost surpassed his record of 27 grand prix wins in 1987. He remains one of the sport’s all-time greats as a driver, team owner and ambassador.

In 1966, his third season, he crashed terribly at Spa-Francorchamps, trapped in his car as fuel leaked over him. He survived, and afterwards became a vocal campaigner for better safety standards.

His campaigning attracted support from some drivers and bitter criticism from other quarters. But his immense talent and success gave his words considerable gravitas.

In the pouring rain at the Nurburgring in 1968 he won by four minutes. The next year he was champion with six wins in the Matra.

In 1970 he joined Ken Tyrrell’s team, which switched from March chassis to its own cars during the year. Stewart began 1971 strongly in a revised car, winning at Montjuich Park and Monaco. A total of six wins, including a second home victory at Silverstone, made him champion again.

He failed to retain his title in 1972, partly because of an ulcer which kept him out of action for six weeks. Once he returned to the cockpit he won the final two races of the year at Mosport and Watkins Glen, heading into 1973 on a high.

Early in the new season – around April – Stewart told Tyrrell he intended to retire at the end of the year. He drove an exceptional campaign, retiring only in Spain with brake problems, and scoring five wins plus three other podium finishes.

Stewart had formed a close bond with team mate Francois Cevert, guiding and developing the French driver’s talent. But at the last race of the season at Watkins Glen, Cevert crashed and was killed. Afterwards Stewart took his car around the circuit one last time and, when he passed the spot where Cevert was killed, believed he had understood how the accident had happened.

He returned to the pits and announced his decision not to compete in the race, which would have been his 100th start.

His early retirement stunned the sport. There were subsequent rumours of a big-money return, even as late as 1981. Instead he turned to race commentary, working with several television networks. He became a consultant to Ford, with whom he had enjoyed enormous success on the race track, assisting their road car development programme.

Later he turned to team management, entering F1 with Stewart Grand Prix in 1997. Rubens Barrichello finished second in Monaco and Johnny Herbert gave them their sole win at the Nurburgring two years later before Ford bought the team and turned it into Jaguar. It became Red Bull in 2005.

Stewart was knighted in 2001 and later became President of the British Racing Drivers’ Club, before passing the role on to Damon Hill.